The week of April 21-27, looking back in five-year intervals 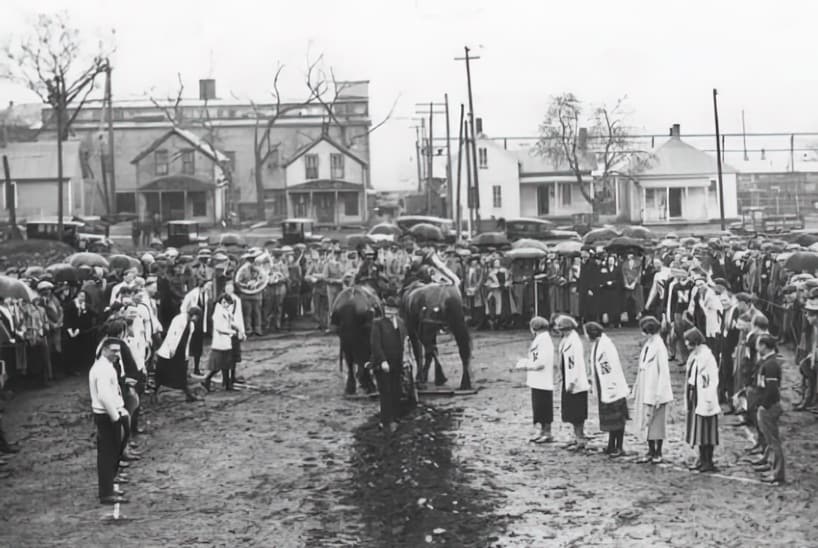 Nebraska Athletics
1923: With Chancellor Samuel Avery at the reins of a horse-drawn plow on a drizzly day in Lincoln, ground is broken for Memorial Stadium, the new home for Nebraska football. (Wider view here.) 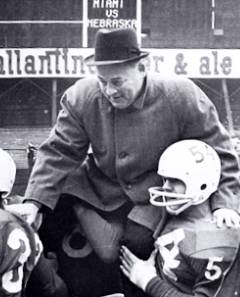 «1963: A little over four months after Nebraska and Miami played on a frozen field in a nearly empty stadium in New York City, the NCAA pulls the plug on the Gotham Bowl.

1983: Mike Rozier rushes for 108 yards on eight carries as records fall in the spring game. Also, the Bengals select Dave Rimington in the first round of the NFL draft.

1993: Six Huskers, led by John Parrella and Will Shields, are chosen in the NFL draft. Also, tight end Gerald Armstrong has two touchdown catches as the Red defeats the White 29-8 in the spring game, and coach Tom Osborne sees signs of an improved defense.

1998: Bobby Newcome sets a spring game record with a 91-yard touchdown run as the Whites beat the Reds on newly named Tom Osborne Field. In a busy week for the retired coach, Osborne is also elected to the College Football Hall of Fame.

2003: Four Huskers’ names are called in the NFL draft.

2008: Zack Bowman, Carl Nicks and Bo Ruud are taken in the fifth and sixth rounds of the NFL draft.

2013: Rex Burkhead and Daimion Stafford are chosen in the sixth and seventh rounds of the NFL draft. It is the first time since 1969 that at least three Huskers weren't picked.