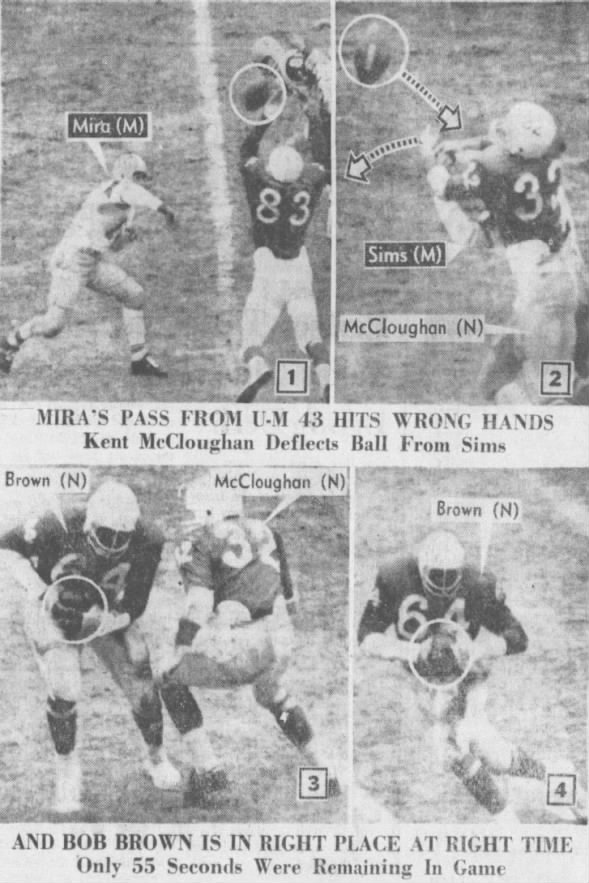 The bigger, physically stronger Cornhuskers seemed to wage a war of attrition and wore the Hurricanes down in the second half.” — Tommy Fitzgerald, Miami News

The victory will glow in the record books as a thriller in which Nebraska survived three Miami leads and two dead­locks to finally stab All America quarterback George Mira with his own weapon.” — Wally Provost, Omaha World-Herald

The Huskers and Hurri­canes, playing in mostly empty Yankee Stadium in sub-freezing weather, put on one of the greatest bowl shows ever, trading touch­downs in every quarter.

Willie Ross’ 1-yard plunge and Bill “Thunder” Thornton’s subsequent two-point run gave the Huskers a 36-27 lead with 13:32 left. Mira, who passed for 321 yards while completing 24 of 46 throws, led a valiant comeback attempt but was thwarted by a last-minute inter­cep­tion by Husker guard Bob Brown at the Nebraska 25 with 1:20 left. 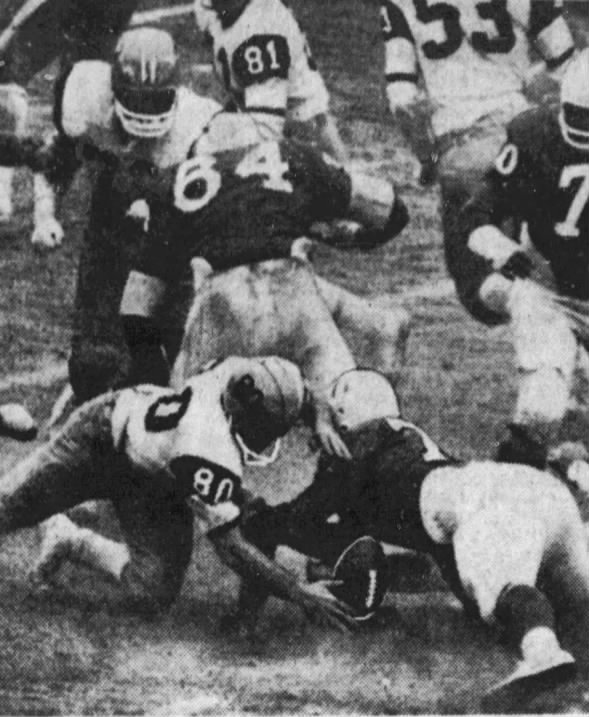 This fumble by Miami fullback John Bennett was followed by a 43-yard drive for Nebraska’s first touchdown. · Press and Sun-Bulletin (Binghamton, NY) · Newspapers.com 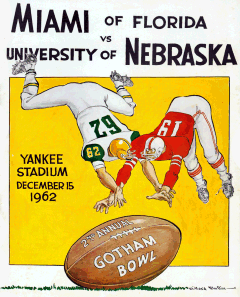