The week of May 3-9, looking back in five-year intervals:

1920: Nebraska's return to the Missouri Valley Conference is delayed by a year because of the Huskers' scheduled game against Rutgers at New York's Polo Grounds. Conference rules require all games to take place on a college campus. 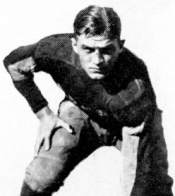 1930: Dana X. Bible is selected as a coach for the East-West all-star game in San Francisco in December.

1950: Bill Glassford picks Oklahoma to win the Big Seven and doesn't include his Huskers in the top three.

1960: The Varsity struggles to put away the Alumni in the spring game, and Bill Jennings is glad there's still another week of spring drills to go.

1965: Bob Churchich connects with Freeman White for a pair of touch­downs in the spring game for the Whites, but the Reds come out on top, 33-27. Also, university administrators shoot down a student-led proposal to make “Husky Herf” the school's spirit symbol. »

1975: Led by quarterback Randy Garcia, the Whites pull off a surprising 20-6 win over the Reds in the spring game.

1985: The opener against Florida State is moved up a week to Sept. 7 for an ABC national telecast.

2005: Nebraska's Darren DeLone is found not guilty of assault in connection with a pregame incident in which an Oklahoma sprit squad member was injured.

2015: Quarterback Terry Wilson from Oklahoma commits to the Huskers -- but the commitment wouldn't stick.