The week of April 22-28, looking back in five-year intervals

1907: As Western Conference reforms cause havoc with scheduling, there is talk that newly independent Michigan will replace Minnesota on Nebraska's 1907 slate. The "Big Nine" wants all opponents to abide by the league's new eligibility rules, which prohibit, among other things, freshman and postgraduate players. For this reason, Nebraska already has dropped games against Wisconsin and Iowa. The Minnesota game, however, would ultimately stand. (The Gophers won, 8-5.)

«1922: Herb Dewitz's 95-yard kickoff return sets up the only score as the Reds top the Blues, 6-0, in what was most likely the first Nebraska football spring game.

1962: Lack of depth continues to be a concern as spring drills continue under new coach Bob Devaney.

1967: Frank Patrick gets his chance with the first team as the quarterback competition proceeds. Also, Bob Devaney is tapped to coach in an NFL rookie preseason game in West Germany, but plans for the June 25 tilt would fall through.

1977: It's musical chairs at quarterback as Tom Osborne looks for a successor to Vince Ferragamo. 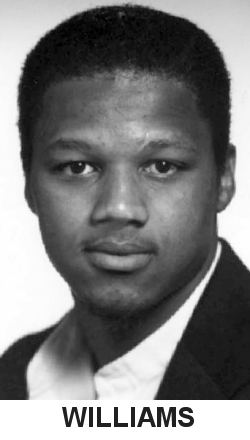 «1982: The Reds down the Whites, 24-9, in a fumble-filled spring game. Meanwhile, former Husker walk-on Jimmy Williams goes in the first round of the NFL draft to the Lions. | Husker NFL draftees

1987: The Dallas Cowboys select Husker defensive lineman Danny Noonan in the first round of the NFL draft. Also, the Reds score in the final minute for a 33-28 win in a spring game marked by big plays and record-setting performances.

1992: Tight end Johnny Mitchell, the first Husker to leave school early for the NFL, is selected in the first round of the NFL draft by the New York Jets.

1997: The Red squad almost blows a 31-7 halftime lead but hangs on to win the spring game. Also, a flap arises over the use of booster-club donations for non-coach staff bonuses.

2002: Sam Francis, a two-sport All-American at Nebraska and the runner-up for the Heisman Trophy in 1936, dies at age 88 at his home in Springfield, Mo. | Hall of Fame page

2007: The Rams choose Husker defensive end Adam Carriker in the first round of the NFL draft.

2012: Lavonte David goes to the Buccaneers in the second round of the NFL draft. Meanwhile, Alfonzo Dennard slides down to the seventh round because of his recent arrest.