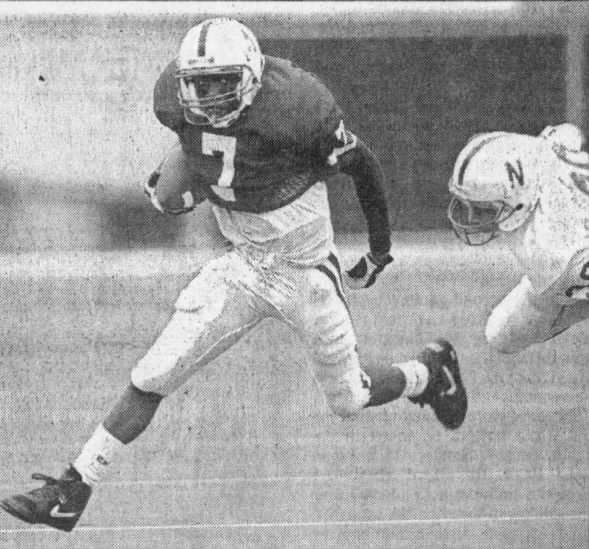 Gerald Armstrong caught two touchdown passes and Reggie Baul returned a kickoff 86 yards for a score to lead the Reds to a 29-8 win in Nebraska football’s annual spring game.

The teams combined for 59 pass attempts, but coach Tom Osborne said that would not be the norm in the fall.

“If you just want to score points, you put Calvin Jones in there and put that big offensive line in there and ram it at people,” he said. “Today we threw it around a lot. Maybe people enjoyed that, I don’t know. But there are probably more efficient ways for us to get the ball in the end zone than with some of the things we did today.”

Jones, the Huskers’ star I-back, left with a leg bruise after carrying five times for 27 yards.

Defensive coordinator Charlie McBride wasn’t happy that the White defense, made up of top-unit players, yielded 29 points and more than 300 yards in the debut of the Huskers’ four-man front, a switch from a five-man setup of the past.

“I thought this group could be a little better than they are,” McBride said. “… We made some changes, and I’m not sure they’re the right ones.”

If [Jones] remains healthy, he’s certain to be among the top collegiate running backs in the country this fall.