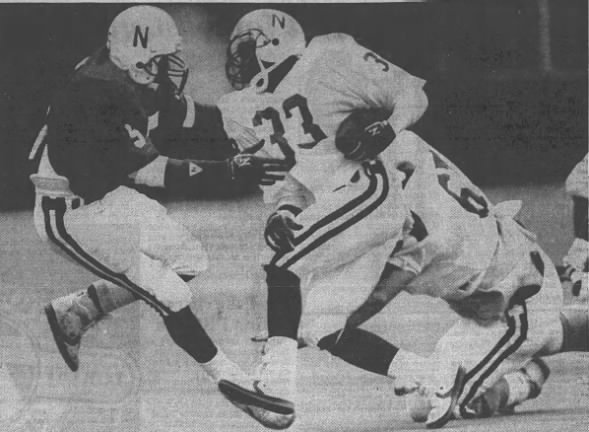 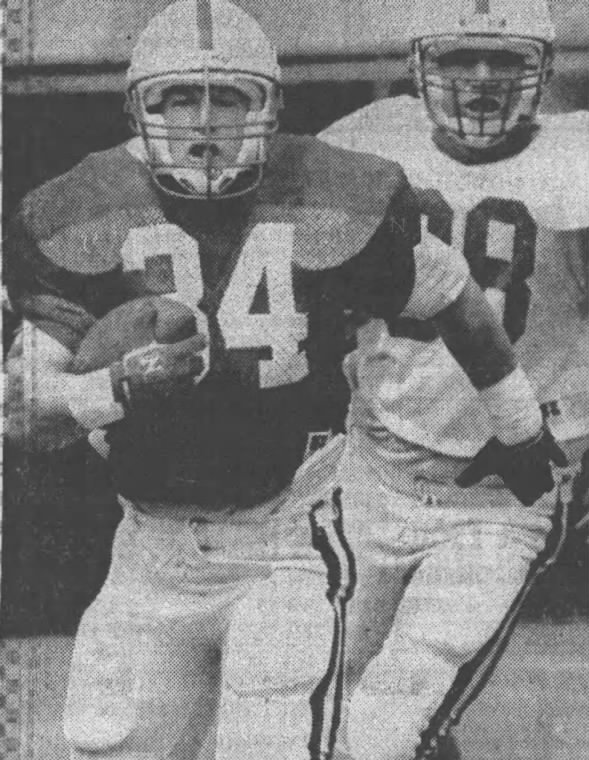 Linebacker Scott Kurtz heads for the end zone with an interception as Keith Gawrick pursues. · The Lincoln Star · Newspapers.com

Terry Rodgers rushed for 105 yards Saturday as the Reds defeated the Whites 37-14 in the Nebraska football spring game.

The Reds got a boost from three big returns: an interception that was run back 74 yards for a touchdown by linebacker Scott Kurtz, a 59-yard punt-return TD by Morgan Gregory, and a 33-yard punt runback by Dana Brinson that set up a touchdown.

The Huskers were already riddled with injuries, and two players left the game: No. 3 quarterback Mickey Joseph (knee) and I-back Ken Clark (hip pointer). Joseph got in just two plays before being injured early in the first quarter.

Joseph’s fellow Red quarterbacks, Tom Haase and Keithen McCant, completed a combined 10 of 14 passes for 106 yards. The Whites’ Jerry Dunlap connected on 10 of 19 passes for 122 yards.

The Huskers’ top two quarterbacks, Steve Taylor and Gerry Gdowski, and No. 1 I-back Tyreese Knox sat out the game with injuries.

The White team consisted of second- and third-team players. Rodgers saw action on both teams as he accumulated his triple-digit yardage on 25 carries.