The week of June 26 - July 2, looking back in five-year intervals

1936: Ticket sales for the coming football season are brisk.

1941: Coach Biff Jones is hopeful that the military draft will have a minimal effect on the 1941 team. 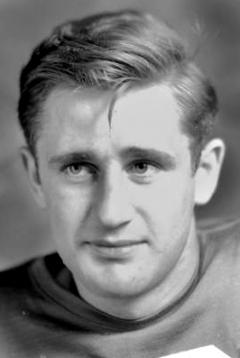 HOWELL
«1946: John Howell, starting quarter­back of the Nebraska team that upset defending national champion Minnesota in 1937, is killed by lightning on a farm near Scottsbluff at age 30. Also, legendary Nebraska sportswriter Cy Sherman retires at age 75.

1961: It's a game-changer for fans in Omaha: Construction of Interstate 80 to Lincoln is expected to be completed in time for the 1961 football season. Also, Tom Osborne signs a one-year contract with the Washington Redskins.

1971: Joe Orduna's 23-yard pass reception for a touchdown in the final minute gives the West a victory in the Coaches All-American game. Meanwhile, Bob Devaney has a decision to make regarding Johnny Rodgers.

2006: Jaime Ruud, the mother of Husker football brothers Barrett and Bo, passes away suddenly at age 52.