The week of Dec. 25-31, looking back in five-year intervals

1891: Nebraska enters into its first conference affiliation as the Western Inter-State University Foot Ball Association gets its start. | Standings

1906: Although they would change their minds, Nebraska officials are initially cool to the idea of organizing what would become the Missouri Valley Conference.

1916: The football program at Nebraska turns a profit of $5,544. Meanwhile, alumni in Omaha clamor for an exit from the Missouri Valley Conference because of the league's ban on off-campus games. 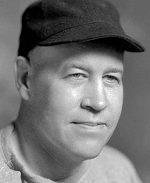 «1941: With coach Biff Jones' call-up to Army active duty all but certain, speculation about who will succeed him heats up.

1961: Wyoming's Bob Devaney emerges as the candidate believed to have the inside track on the Nebraska job, though two other Skyline Conference coaches also remain in the running.

1966: Three days before the Sugar Bowl, the Huskers declare themselves ready for the task of taking on Alabama.

1971: The Huskers exude confidence in the final days before their Orange Bowl showdown with Alabama.

1976: Touchdowns on consecutive third-quarter possessions erase a 10-point deficit and lift Nebraska to a 27-24 victory over Texas Tech in the Astro-Blubonnet Bowl. Years later, Tom Osborne said the win might have saved his job.

1981: The Huskers prepare for their high-stakes Orange Bowl game against Clemson with a less-than-ideal situation at quarterback.

1991: Senior receiver Jon Bostic approaches the end of his college career with no regrets about choosing Nebraska.

2001: Coach Frank Solich and the Huskers arrive in Los Angeles for their Bowl Championship Series title game against Miami.

2006: Coach Bill Callahan reports that the Huskers will be at full strength for their Cotton Bowl game against Auburn.

2011: The Huskers arrive in Orlando for their bowl matchup against South Carolina.