The week of Aug. 23-29, looking back in five-year intervals:

1935: With practices set to begin Sept. 10, Coach Dana X. Bible says Nebraska will field a good team that might end up with a poor record because of a tough schedule.

1945: Just one letterman is said to be returning for the Huskers in George “Potsy” Clark’s first season as head coach, but the Huskers are back on pre-war footing.

1955: Heavy player attrition is an issue as coach Bill Glassford gets ready for his seventh season at NU.

1960: With fall camp about to begin, coach Bill Jennings for the first time has a roster consisting entirely of players he recruited. Preview: 1, 2 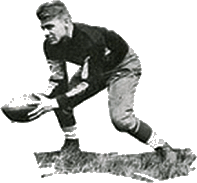 «1965: An auto accident claims the life of Lewis “Bullet” Brown, whose 70-yard punt return in the fourth quarter gave the Huskers a dramatic victory over Kansas State in 1931. It was the first of his three punt returns for touchdowns that year — all in a four-game span.

1970: Eighty-three players report for fall camp, and sophomore Johnny Rodgers makes his mark in the first scrimmage with a 92-yard kickoff return and a 50-yard pass reception.

1985: Experience is thin as Tom Osborne's Huskers prepare for a new season.

1990: It looks like a two-team race for the Big Eight title as Colorado and Nebraska are ranked fifth and seventh in the preseason AP poll. Meanwhile, the waiting is finally over for I-back Derek Brown.

1995: Tommie Frazier is declared the winner of the starting quarterback job over Brook Berringer. Meanwhile, Rich Glover, the Huskers’ stellar middle guard from the early 1970s, is enshrined in the College Football Hall of Fame. | Hall of Fame Huskers

2010: Less than 10 days before the season opener, the starting quarterback remains anyone's guess. Also, the OWH looks at the events — some of them secret — that led to Nebraska's jump to the Big Ten.