The week of July 1-7, looking back in five-year intervals 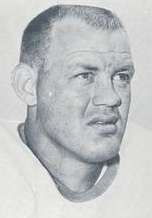 «1957: NFL veteran Ed Husmann re-signs with the Chicago Cardinals, and the former Husker plans to move from guard to center.

1967: Nebraska coach Bob Devaney and running back Harry Wilson get set for the Coaches All-America game in Atlanta.

1987: Tom Osborne helps persuade an NCAA presidents convention not to cut football scholarships in Division I-A from 95 to 90. Also, undrafted running back Doug DuBose says he intends to prove a point after signing as a free agent with the San Francisco 49ers.

1992: Vince Ferragamo is named to the Orange County Hall of Fame in California.

2002: Linebacker Randy Stella, suspended and then dismissed from the team, decides to resume his college career at the University of Nebraska at Omaha.

2007: The Nebraska Football Hall of Fame announces that five former Huskers will be inducted in September.