The week of Feb. 23-March 1, looking back in five-year intervals:

1909: More signs point to the likely departure of coach W.C. “King” Cole as he holds off on signing a contract with Nebraska. | Full article 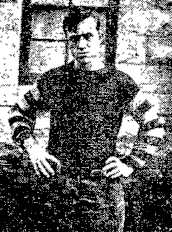 «1914: Quarterback Max Towle, elected captain for the upcoming season, is declared ineligible by the Missouri Valley Conference. He would be admitted to the Nebraska bar in the spring and would ultimately serve for two decades as the colorful and controversial county attorney for Lancaster County.

1994: There are questions to ponder as the Big Eight gets set to expand.