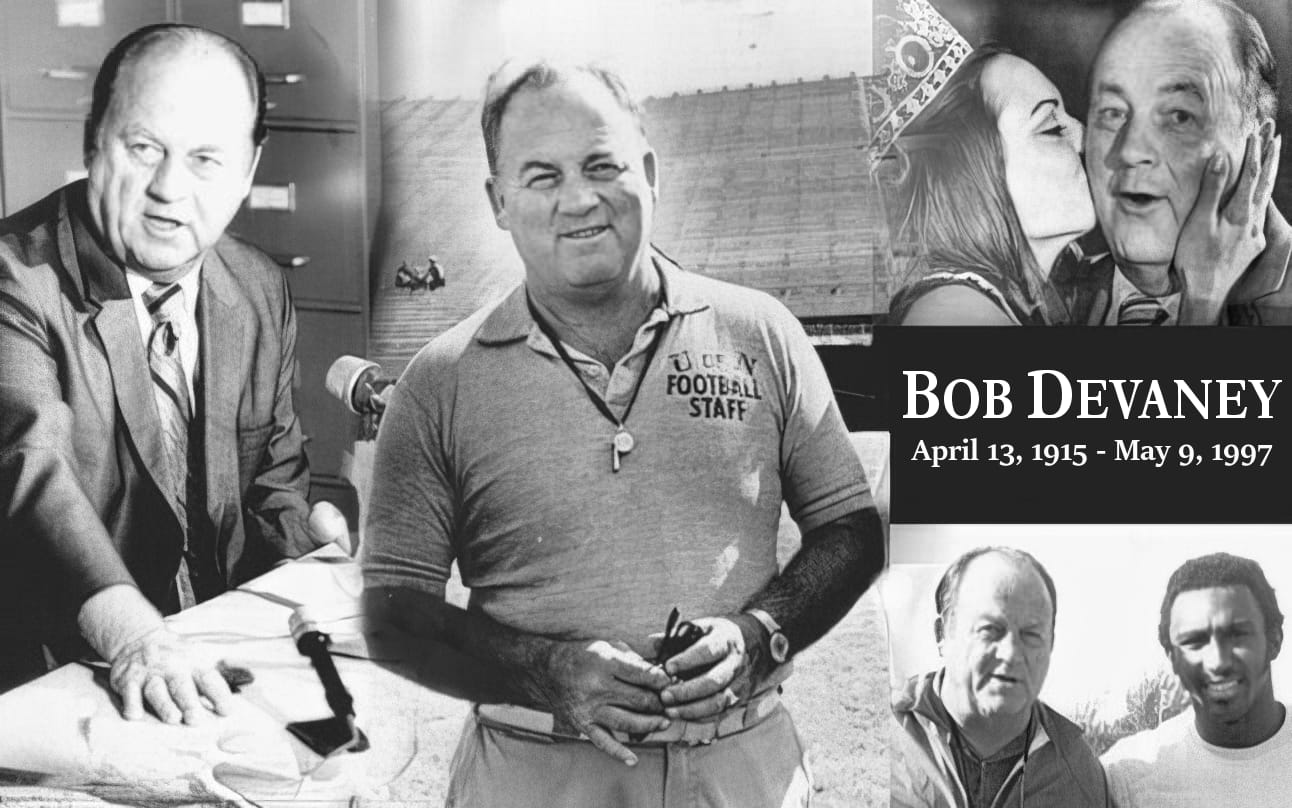 1997: Bob Devaney, the coach who resurrected Nebraska’s bedraggled football program, died at age 82 at a Lincoln retirement home. In addition to winning two national championships during an 11-season coaching tenure at NU, “The Bobfather” served as athletic director for more than 25 years.
Bio | 50-year tribute | Hall of Fame page | Video

The week of May 6-12, looking back in five-year intervals

«1912: Former Cornhusker halfback John Bender is named coach at Washington State. It's his second stint in Pullman during a 12-season college coaching career in which he would compile a 52-28-6 record at five schools: WSU, Haskell, St. Louis, Kansas State and Tennessee. | 1902 Minnesota game

1917: Nebraska's and Notre Dame's hopes of becoming members of the Western Conference take a hit as Michigan decides to rejoin after a decade-long absence.

1957: Nebraska is among a number of schools said to be recruiting aggressively in Big Ten country

1962: The passing game takes center stage as the Reds rally in the fourth quarter for a 33-21 win over the Whites in Bob Devaney's first spring game at Nebraska.

1967: Frank Patrick leads both teams to touchdowns as the Reds win a defensive-dominated spring game, 16-14, at soggy Seacrest Field.

1972: Bob Devaney is not impressed with the Huskers' top units as the Whites upset the Reds in the spring game, 21-19. Also, Jerry Tagge and Jeff Kinney sign to play in the Coaches All-America game in Lubbock, Texas.

1992: With a disappointing year in the NFL under his belt, Bruce Pickens learns that pro football is a job.

2007: Talk of possible TV networks for individual Big 12 schools starts to bubble up.

2012: Running back Aaron Green says TCU will be his transfer destination.

2017: Quarterback Tanner Lee gets some preseason hype from USA Today and Sports Illustrated.