The week of Aug. 30 through Sept. 5, looking back in five-year intervals:

1915: About 20 Husker players get set for a week of preseason training in Beatrice.

1920: The roster is expected to double from the previous season as practices are set to start Sept. 15. 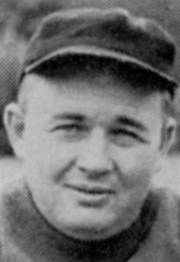 1955: Rex Fischer is moved from quarterback to halfback.

1965: Fall practices begin for Bob Devaney’s Cornhuskers in the rain.

1975: The Blackshirts suffer a setback as first-string tackle Ron Pruitt breaks an ankle.

1990: The Husker offense struggles but the defense shines in a season-opening 13-0 win over Baylor. Also, the NFL career of former Husker great Dave Rimington ends as he is waived by the Phildelphia Eagles. 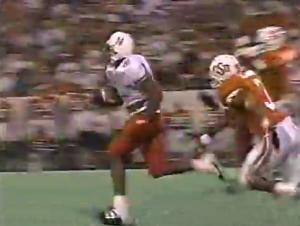 2000: Dan Alexander rushes for 208 yards as the Huskers open the season with a 49-13 win over San Jose State on a 100-degree day. It was the first Husker football game to be viewable live on the Web.

2005: After Zac Taylor wins the quarterbacking job, the Huskers struggle in their season opener against lower-division Maine, needing a Bo Ruud defensive touchdown to pull away, 25-7. Steve Octavien leaves the game with a season-ending injury.

2010: Taylor Martinez scores on his first carry as a Husker -- a 46-yard touchdown run -- as Nebraska rolls past Western Kentucky, 49-10. Who would start at quarterback was kept secret until about half an hour before kickoff. Also, the Big Ten's future football divisions are announced.