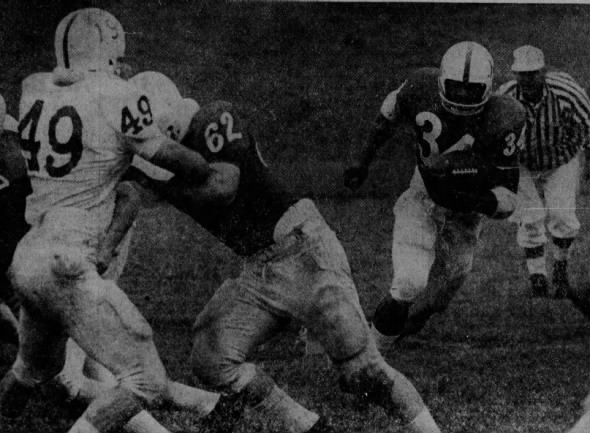 Frank Patrick solidified his claim on the No. 1 quarterbacking job as the Reds edged the Whites, 16-14, in a defensive-dominated spring game in damp, 40-degree weather at Seacrest Field.

The 6-foot-7 QB played for the Reds in the first half and the Whites in the second half, leading both teams to touchdowns. He completed 8 of 14 passes for 87 yards.

Patrick’s 31-yard touchdown pass in the first quarter involved some good fortune. Patrick retreated 20 yards under heavy pressure and heaved the ball into the end zone. Two receivers and two defenders went up for the ball, and it caromed into the hands of Buster Yannon for the score.

Ben Gregory was the game’s leading rusher with 113 yards on 10 carries. His 58-yard touchdown run in the fourth quarter accounted for the No. 1 defense’s only lapse. The Whites’ other score came against defensive reserves.