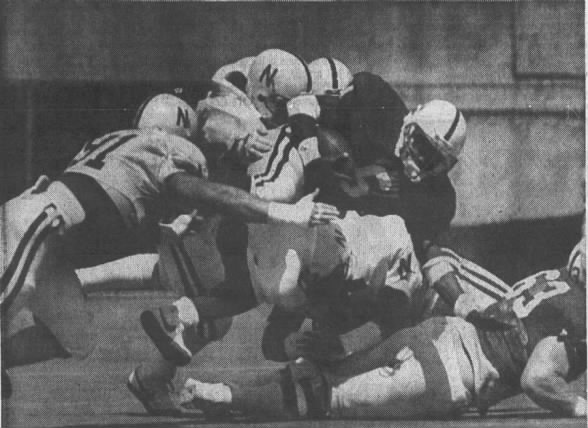 The Red squad blew an early 21-point lead but scored in the final minute for a 33-28 win over the Whites in a spring game marked by big plays and record-setting performances.

Keith Jones rushed for a spring-game record 207 yards on 13 carries. The first of his two touchdowns came on a record-long 84-yard run for the game’s first score.

Gerry Gdowski and Terry Rodgers hooked up on the longest pass play in a Nebraska spring game with a 76-yarder late in the second quarter. That was topped midway into the fourth quarter when Jerry Dunlap hit Jamie Worden on an 80-yard scoring pass, giving the Whites a 28-27 lead after a two-point conversion.

The Reds responded with their winning drive. I-back Tyreese Knox broke loose for a 39-yard run to the 2 yard line, and he scored from the 1 for the go-ahead points with just 44 seconds remaining.

Knox finished with 13 carries for 100 yards, part of the Reds’ record-breaking 407 rushing yards.