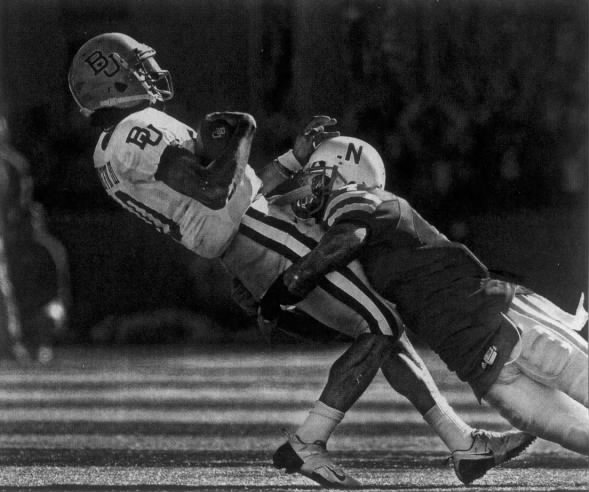 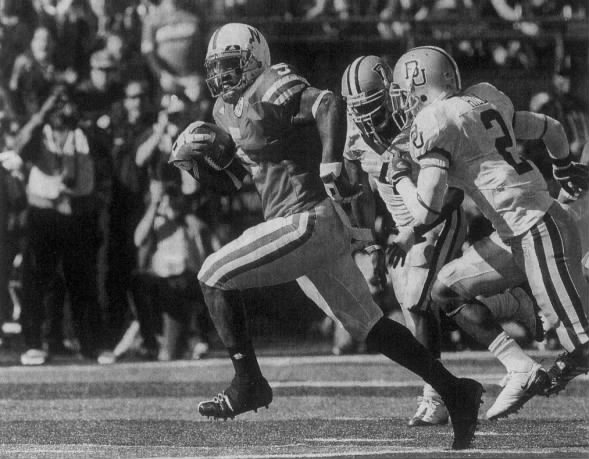 Nate Swift broke Nebraska’s career receptions record and scored a pair of second-half touchdowns to lead Nebraska to a come-from-behind 32-20 win over Baylor.

It was Swift’s eighth reception of the day, but he wasn’t done. After the Husker defense held Baylor on its next drive, Ganz hit Swift on a 53-yard TD strike to put NU ahead 30-20.

Although Swift took center stage, Nebraska’s win was a team effort. Ganz completed 32 of 46 passes for 336 yards while connecting with eight different receivers.

The Huskers put the game away when Ganz hooked up with Marlon Lucky for 69 yards on 3rd-and-17 midway through the fourth quarter. Ganz’s short throw and Lucky’s scintillating run set Nebraska up at the Baylor 5. The Bears gained possession on a fumble two plays later, but NU’s Colton Koehler tackled Baylor’s Jay Finley in the end zone for a safety on the next play to put the Huskers up 32-20.

It was the third straight game that NU controlled the ball for more than 37 minutes. The Huskers improved to 5-3 overall and 2-2 in the Big 12, while Baylor slipped to 3-5 and 1-3. 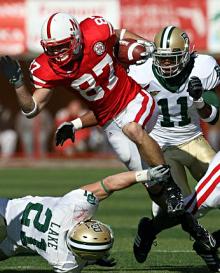 It was a record-setting day for Nate Swift. | Courtesy of Huskers.com 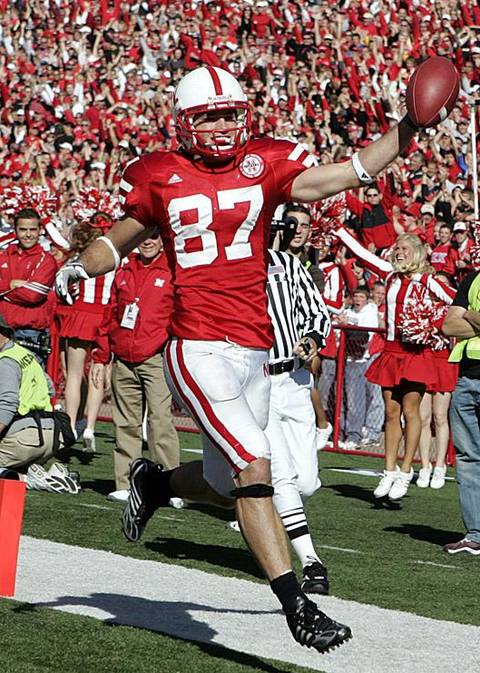 It was a record-setting day for Nate Swift. | Courtesy of Huskers.com

We have become a ball-control offensive team. This strategy has been effective for three straight games and suits our personnel very well.

Junior defensive tackle Ndamukong Suh, who leads the Big 12 in tackles by an interior lineman, is beginning to fulfill his promise and disrupt enemy offenses.

Are the Big 12 refs out to get Pelini? It's a nice theory. But who knows? They're human. They might not give the Huskers the benefit of the doubt.

The Bears punched hard. But the new-and-improved Huskers punched back harder in the second half.

It seems Nebraska is taking steps toward climbing into that category of “good” teams in the Big 12. This week, the Huskers won without their A-game.

That the Huskers were able to shut out the Bears in the second half was further evidence of the progress this year’s Husker team has made.

Putting the poor officiating aside, the team played through that adversity and came through when it mattered.