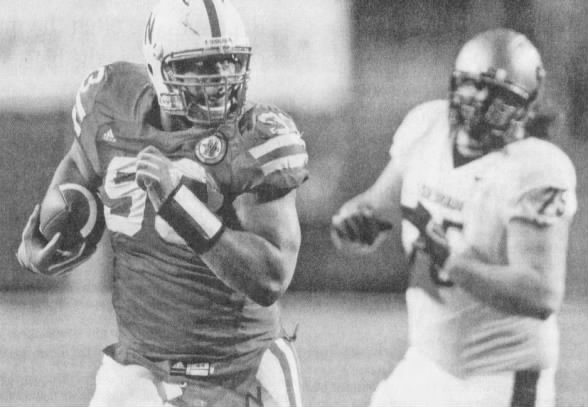 On a strange Senior Day inside Memorial Stadium, a sophomore and a junior stole the show for the Huskers in a thrilling 40-31 come-from-behind win over Colorado.

The Huskers trailed 31-27 entering the final quarter before rallying for their third straight victory. Sophomore Alex Henery cut the lead to 31-30 with a 37-yard field goal, before Nebraska drove downfield late looking to escape with a victory. Henery came back out and put NU in front for good by booting a 57-yard field goal with just 1:43 remaining, the longest field goal in Nebraska and Memorial Stadium history.

Junior Ndamukong Suh made sure Henery’s field goal would hold up when he intercepted a tipped pass and returned it 30 yards for a touchdown.

Henery’s and Suh’s heroics were needed after Nebraska failed to capitalize on numerous scoring opportunities throughout the second half. The Huskers drove inside Colorado’s 33-yard line on each of their four second-half possessions, but NU came away with just nine points. 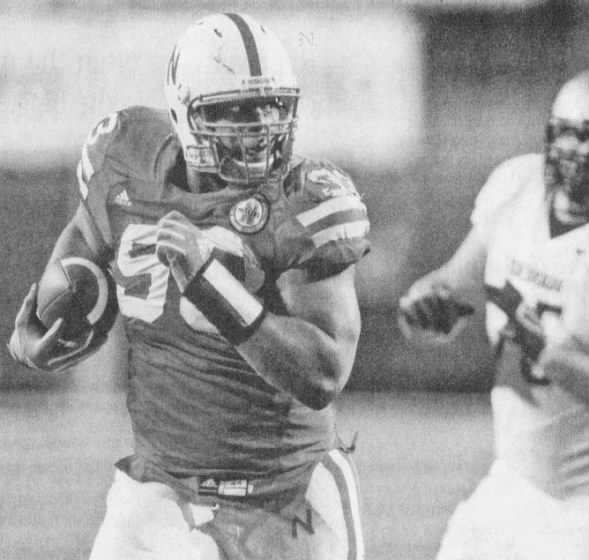 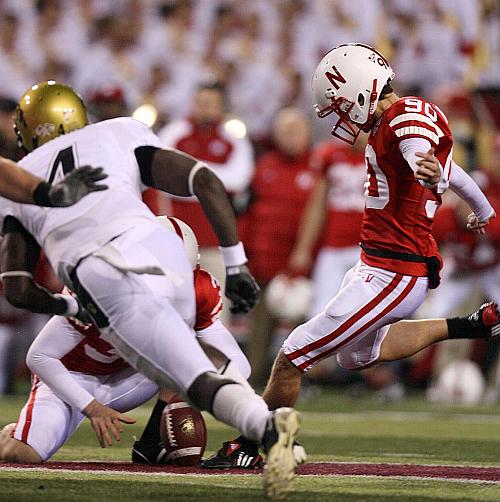 Alex Henery kicks his pivotal 57-yard field goal to give Nebraska the lead with less than two minutes remaining. | Courtesy of Nebraska Athletics

Nebraska did not overachieve Friday against CU, but when you take the season as a whole, NU’s mid-level talent did overachieve.

You forget that there’s a learning curve for the program and coach. Maybe that’s the lesson on a harried day that no Husker fan will forget.

This game was about Nebraska retaining momentum and good cheer in a program that’s endured its share of suffering since the 2001 season.

The Huskers came back Friday and have come back to respectability. The Buffs are coming, not going.

This year, the Buffs weren’t good enough to produce breaks in their favor.

After last season, none of us would have plunked a dime on the defensive line coming through in the clutch.

When Alex Henery’s kick sailed through the uprights, I couldn’t believe it. Instead of being history, the Huskers made history.