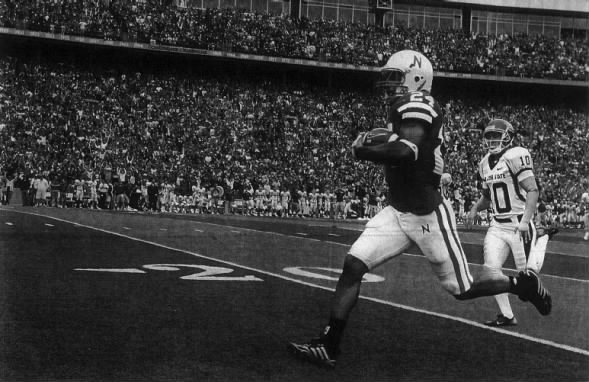 Niles Paul races toward the end zone on his game-changing kickoff return in the fourth quarter · Lincoln Journal Star · Newspapers.com 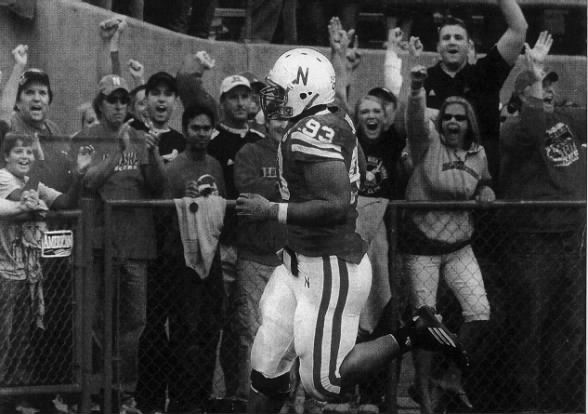 Ndamukong Suh scores on an interception return to give Nebraska a 14-6 lead in the first quarter · Lincoln Journal Star · Newspapers.com 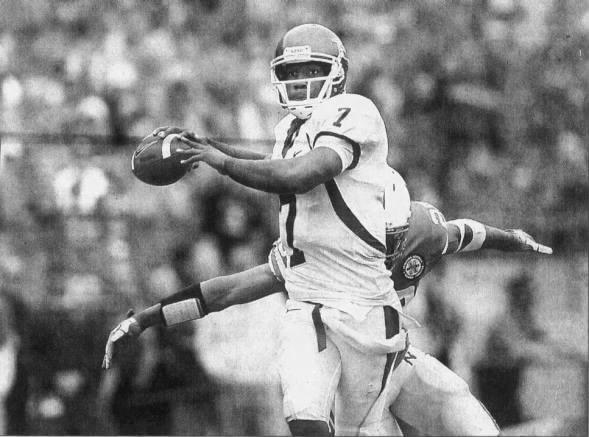 San Jose State quarterback Kyle Reed gets a pass off before Eric Hagg can reach him in the second quarter. · Lincoln Journal Star · Newspapers.com

Nebraska’s offense did not put up big numbers, but defense and special teams made huge plays to propel the Cornhuskers to a 35-12 victory over San Jose State.

Playing in front of the NCAA record 291st consecutive sellout at Memorial Stadium and a Fox Sports pay-per-view television audience, the Huskers improved to 2-0 on the season despite mustering just 315 yards against a stingy Spartan defense. SJSU slipped to 1-1 on the year.

San Jose State’s inspired defensive play kept their offense within striking distance into the fourth quarter, when Jared Strubeck kicked a 27-yard field goal with 12:17 left to pull within 14-12 of the Huskers.

But sophomore Niles Paul electrified the 84,145 fans that packed Memorial Stadium just seconds later, exploding down the Husker sideline for an 85-yard kickoff return for a touchdown to put Nebraska on top 21-12.

The spectacular special teams sprint inspired an already focused Blackshirt defense on the next SJSU possession. On the Spartans’ first play, Zach Potter and Philip Dillard met each other on top of SJSU quarterback Kyle Reed for a sack. Reed left the game with a concussion, and reserve quarterback Myles Edens misfired on two pass attempts to force a punt. Philip Zavala then uncorked a short 27-yard punt to give NU possession at the SJSU 35.

This game reminds us that our team is a work in progress. There will continue to be inconsistent performance as the team adapts to the new staff.

This one was excruciating to watch at times, and it provides plenty of things for the Husker Nation to worry about.

Old habits are hard to break. That's why Nebraska showed up for this one like a scrimmage, looking a little flat, a little sleepy, a little uninterested.

Saturday's performance has to be classified as a step back for Nebraska.

The fact that the Spartans outyarded Nebraska 353-315 is glaring and a bit alarming.

I thought the Husker offensive line would be a strength of the team in 2008, perhaps the strength. Um, maybe not.

The tackling in the first half was like watching the arm tackling of last year's (gulp!) team.