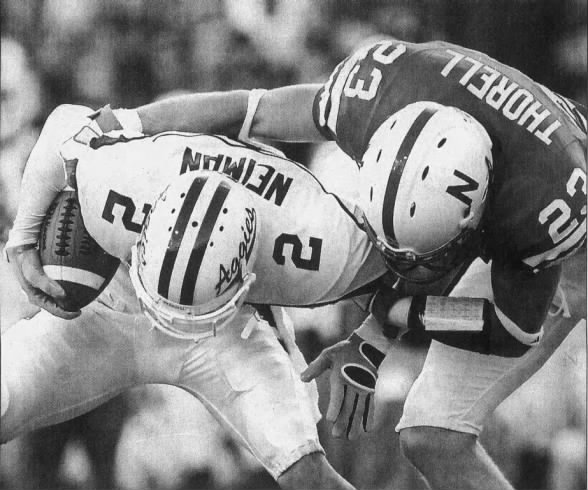 Ganz does it all in win over Aggies

Joe Ganz and Marlon Lucky teamed up to make history and the Nebraska football team played a complete game to improve to 3-0 on the season with a 38-7 win over New Mexico State.

Ganz joined the select club by connecting with tight end Mike McNeill on a 35-yard touchdown pass with 5:01 left in the third quarter to give the Huskers a 35-0 lead.

Ganz added a career-long 33-yard touchdown run to put NU up 21-0 at halftime, after teaming with Lucky on the game’s biggest highlight earlier in the quarter. After NU senior cornerback Armando Murillo intercepted a Chase Holbrook pass and returned it 57 yards, Lucky hit Ganz on a 20-yard touchdown pass on the ensuing play to give Nebraska a 14-0 lead with 12:52 left in the half. 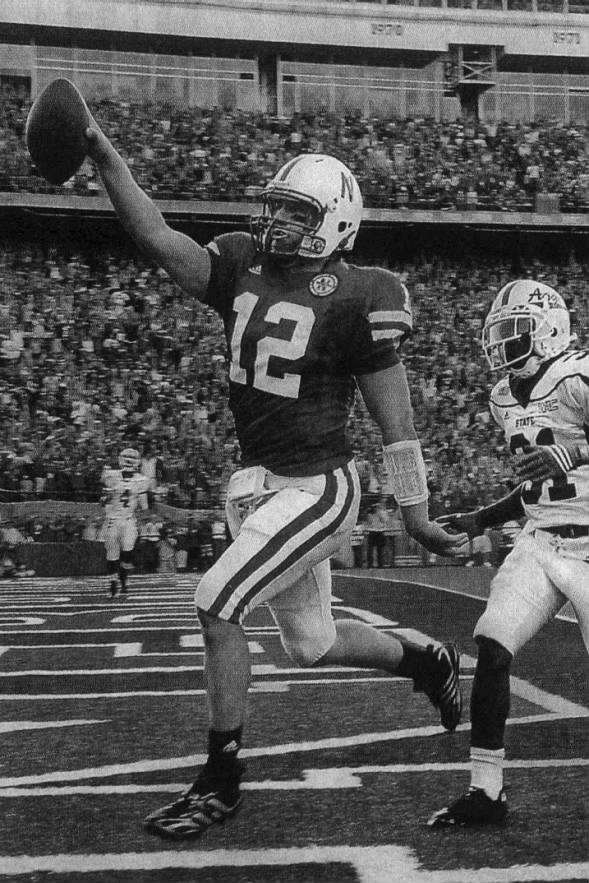 On this night, the Cornhuskers looked determined to rebuild their identity as a physical football team.

This was a wacky offense that no defensive guy knows what to do with. So Pelini blitzed. That’s his nature — aggressive defense.

In game three, Nebraska seemed to take on the hard-edged personality of its head coach — and just in time.

With a simplified offensive package, Nebraska’s running game returned with a vengeance after sputtering in the first two games.

There were clear signs Saturday night that made me feel like this Pelini bunch is up for putting up a serious fight against anybody.

The next three games will tell very clearly how much progress the Huskers have actually made.