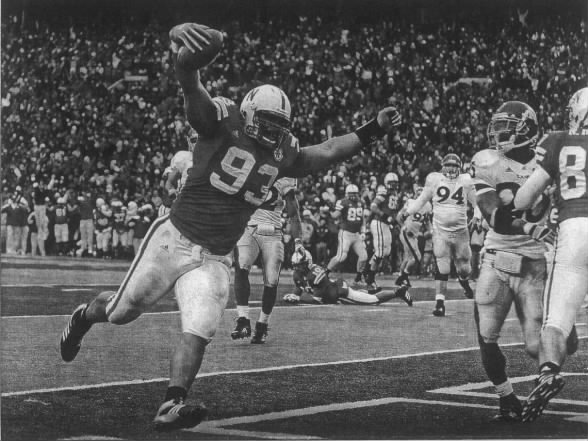 Husker defensive tackle Ndamukong Suh scores on a short pass from Joe Ganz in the fourth quarter after lining up as a fullback. · Lincoln Journal Star · Newspapers.com

Behind big plays from sophomore I-back Roy Helu Jr. and junior defensive lineman Ndamukong Suh, Nebraska scored 21 fourth-quarter points and held on for a 45-35 victory over the Kansas on a chilly and windy afternoon in Lincoln.

The victory made the Huskers bowl eligible and tied with Kansas at 6-4 overall and 3-3 in the Big 12.

In the fourth quarter, Helu and Suh both shined to highlight terrific performances. Helu rushed for 78 yards and one touchdown in the final period. He finished with 115 yards rushing and a game-high eight catches. It was his second straight 100-yard rushing game.

Suh scored a touchdown in the fourth quarter when he lined up at fullback and caught his first career pass for a two-yard touchdown that put Nebraska up by 10 with less than six minutes remaining. The Portland, Ore., native recorded a career-high 12 tackles, including four tackles for loss, 2½ sacks and a quarterback hurry.

The battle of two of the nation’s most efficient quarterbacks did not disappoint. Nebraska’s Joe Ganz completed 28 of 37 passes for 324 yards and three touchdowns, while Kansas’ Todd Reesing connected on 15 of 30 attempts for 304 yards and three TDs. 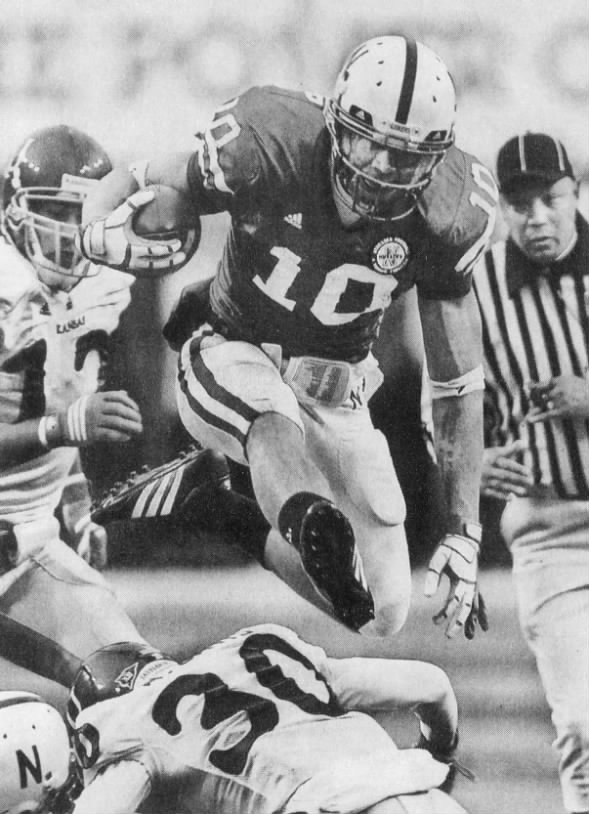 This one may not have been a signature win, to use the trendy vernacular of the college football world, but it was a pivotal one.

Nebraska’s 45-35 win was as satisfying and timely for Huskers fans as a cup of steaming coffee on a frigid day.

After spending the majority of his career seemingly destined to be a career backup, Ganz is now the poster boy for the Nebraska football program’s revival.