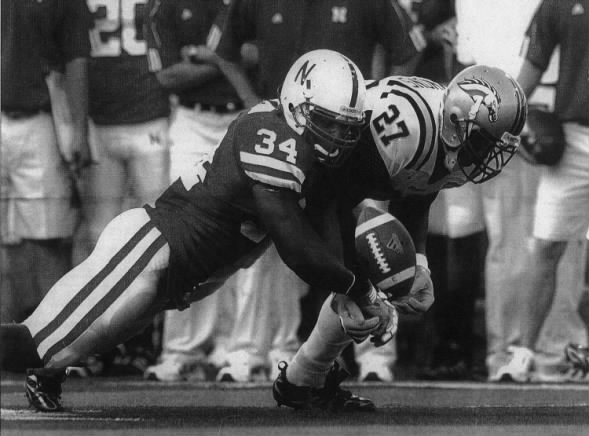 With an efficient offense, an aggressive defense and an impressive kicking game at his disposal, Bo Pelini’s first game at Memorial Stadium as Nebraska’s head coach produced the same final result as his first game as NU’s leader in the 2003 Alamo Bowl – a solid victory.

Ganz completed 20 of 36 passes for 345 yards and four touchdowns. The senior guided the Huskers to scores on each of their final six drives of the first half after NU was forced to punt on its opening possession.

Ganz throws the ball in to tight spaces, but he will need to be more careful with the ball.

The Blackshirts are not back yet, but you can see them coming, and Glenn is out in front, leading the charge.

On defense, Pelini’s troops play hard and hit like a ton of bricks. But oh, those busted assignments.

Husker fans have plenty to pick apart this morning, but considering the debacles of last season, I’m guessing nitpicking’s never felt so good.

Nebraska’s defense still had too many missed assignments, but its first outing should inspire some confidence.

The Cody Glenn Experiment continues to look like a good move. I also liked the effort from Dillard, Turner, and the cornerbacks.

It was great to see defenders flying to the ball. The first series of three and out got the crowd pumped up.

Husker fans should hold their criticism of the Husker running game and its pass defense until later in the season. This is a work in progress.