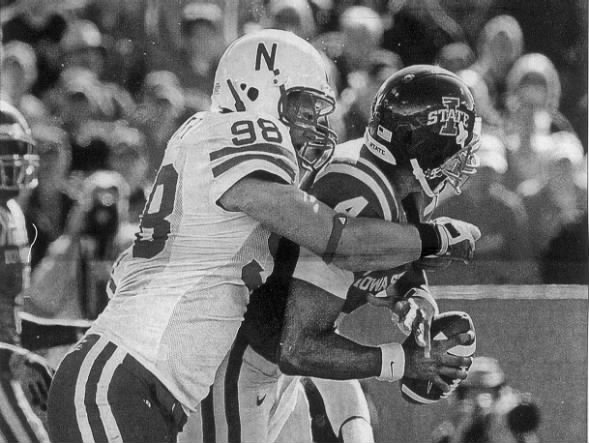 Roy Helu Jr. breaks into the open on a 50-yard run in the fourth quarter. · Lincoln Journal Star · Newspapers.com

Nebraska dominated the first half and put Iowa State away in the fourth quarter as the Huskers snapped their three-game losing streak with a 35-7 win in Ames.

NU improved to 4-3 overall and 1-2 in the Big 12 to give Bo Pelini his first league victory as the Huskers’ head coach. Nebraska also snapped its overall five-game road losing streak. Iowa State slipped to 2-5 and 0-3.

In perhaps their best half of football of the season, the Huskers amassed 349 yards of total offense in the first half on their way to a 21-0 lead.

Swift finished with eight catches for 112 yards. He also became the second player in school history with more than 2,000 receiving yards, finishing the day with 2,021 yards, trailing only 1972 Heisman Trophy winner Johnny Rodgers (2,479).

Ganz passed for 328 yards while leading a balanced arsenal that rolled up 548 yards of total offense, including 220 on the ground.

The Nebraska defense held ISU to 218 yards of total offense. Armando Murillo, Cody Glenn and Larry Asante led the Huskers with five tackles each, while Murillo added an 11-yard fumble return and a pass breakup. 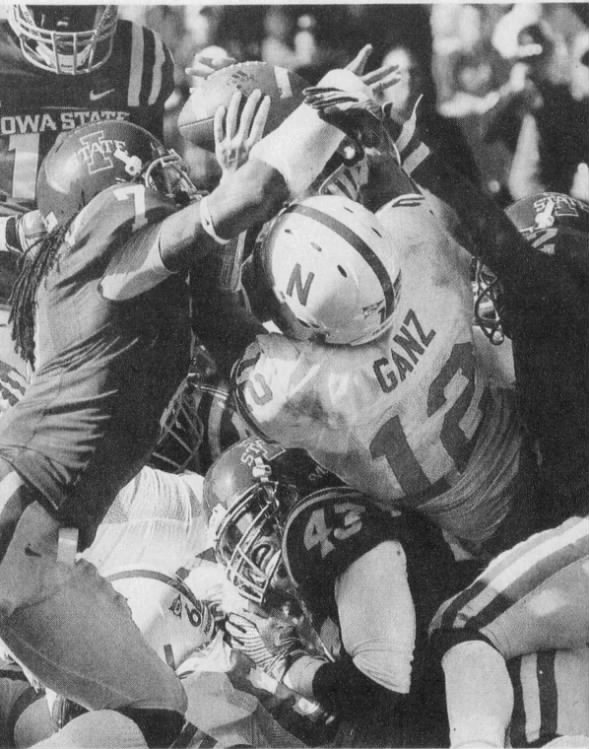 Joe Ganz extends the ball over the goal line for a fourth-quarter touchdown. · The Des Moines Register · Newspapers.com

Ganz is doing a great job in managing the offense that seems to have discovered its identity.

It looks like the Cornhusker defense, a bleeding Big Red open sore for more than a year, is finally starting to heal.

Winning is a habit. So is losing. NU is trying to shake one and embrace the other. Winning, that is.

If Iowa State’s players actually practiced for the Huskers last week, they sure had a funny way of showing it.

Bo Pelini had to be happy with his team’s response to the program's worst conference start since 1968.

As surely as the wind whips through Jack Trice Stadium every autumn, these Huskers now appear to be eminently bowl-worthy.

It’s probably no coincidence that the return of Phillip Dillard and Cody Glenn made the Husker defense much better Saturday.