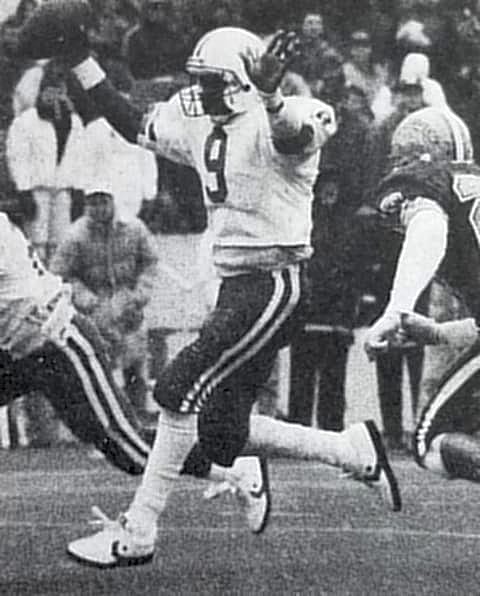 Steve Taylor scores his third touchdown on an 11-yard run early in the third quarter. | Courtesy of Nebraska Athletics

Despite a wind chill of zero degrees and snow driven by winds gusting to 40 mph, Nebraska rolled up 637 yards of total offense in romping past Iowa State, 51-16.

The win was the ninth of the season for the seventh-ranked Huskers, and marked the 20th consecutive season (the 25th in the last 27) in which Nebraska had won at least nine games.

Steve Taylor rushed for 154 yards (three yards off his school record for quarterbacks) and three touchdowns, and overcame the elements to complete five of nine passes for 71 yards and one score.

NOTES: ISU players grumbled after the game about the field goal that gave Nebraska a 31-0 lead with four seconds left in the first half, calling it an unsportsmanlike attempt to run up the score. Nebraska coach Tom Osborne said: “You must score until you have the game won. You never know what might happen. We wouldn’t have done that in the last two or three minutes of the game.” 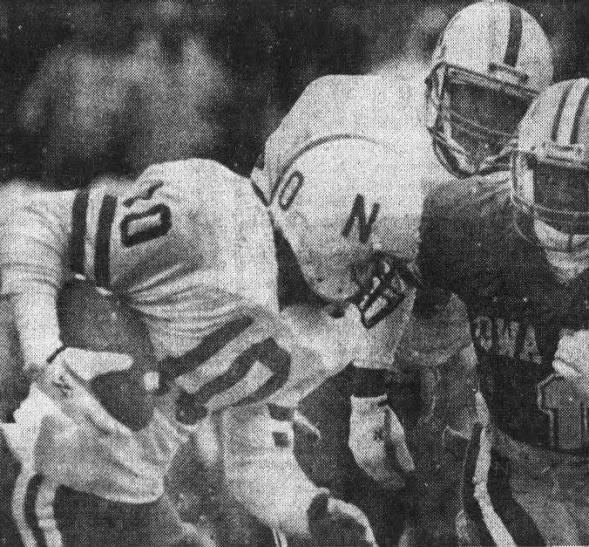 Cornerback Charles Fryar returns an interception in the first quarter to set up a 64-yard drive for the Huskers’ first touchdown. · The Lincoln Star · Newspapers.com