Nebraska placed three rushers over the 100-yard mark for the first time in program history as the Huskers rolled past Arizona State in a nationally televised game.

NU trailed, 13-9, at the end of the first quarter, but a 31-yard TD run by Clark and a 75-yard punt-return TD by Dana Brinson got the Huskers rolling.

Defensively, Nebraska was led by safety Tim Jackson, who intercepted two ASU passes and won Big Eight defensive player-of-the-week honors. One of his interceptions set up the Huskers’ first touchdown. 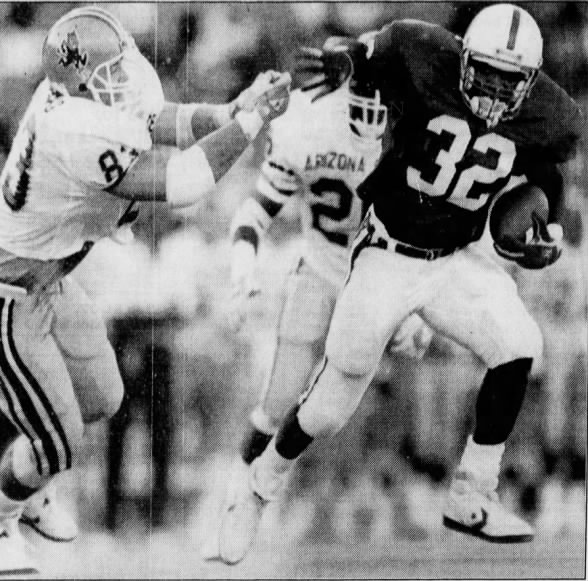