This tackle by Nebraska’s Willie Griffin came late in the first half.

A hit by Lawrence Pete causes OU’s Rotnei Anderson to fumble during the third quarter. The Sooners recovered the ball downfield. · The Lincoln Star · Newspapers.com

An 80-yard touchdown drive on Nebraska’s first possession gave the Huskers all the points they needed as a sterling defensive effort kept Oklahoma out of the NU end zone for the first time since 1942.

NOTES: Oklahoma, known for its “Sooner magic” late in games against Nebraska, netted minus-11 yards in the fourth quarter. … Worse yet, quarterback Charles Thompson suffered a broken right leg on the Sooners’ final offensive play. … OU’s net rushing of 98 yards was the Sooners’ lowest against Nebraska since 1963. … In the first quarter, the Huskers’ offense was a third-down machine, converting four of five with gains of 33, 30, 18 and 18 yards. 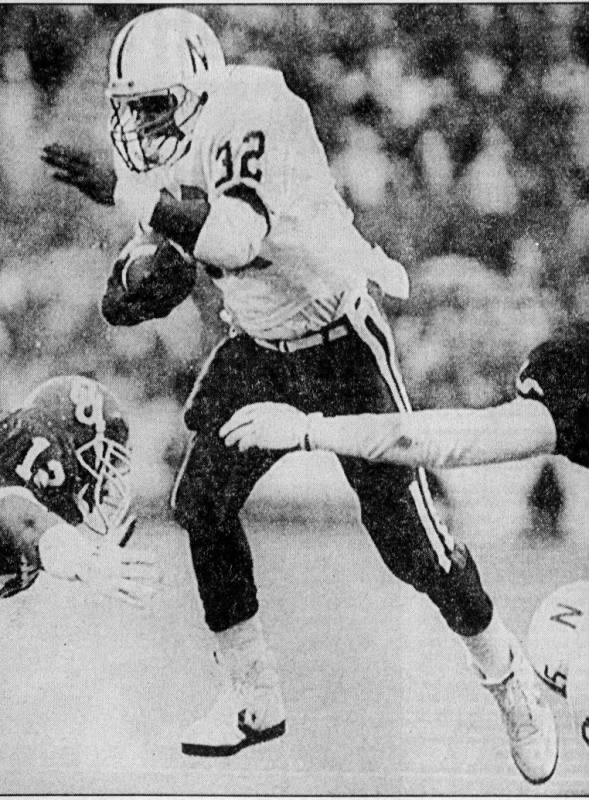 Ken Clark slips past a pair of Oklahoma defenders for some of his 167 rushing yards. · The Jackson (Tenn.) Sun · Newspapers.com