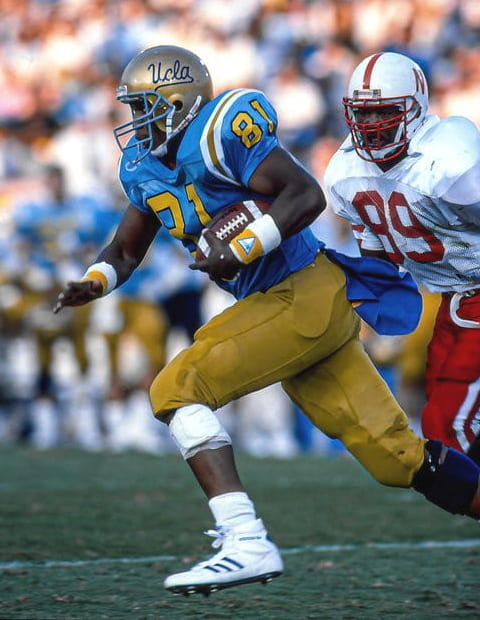 Playing before an ABC national television audience and the fourth-largest crowd ever to see the Huskers play (84,086), second-ranked Nebraska was subjected to the worst first-quarter blitz it had ever seen.

Fifth-ranked UCLA scored on its first three possessions, then tacked on the first punt-return touchdown against NU in 24 years as the Bruins built a 28-0 lead.

The Huskers fought back gamely, but never seriously threatened, despite the fact that quarterback Steve Taylor out-yarded his UCLA counterpart, Troy Aikman, 220-196, in total offense.