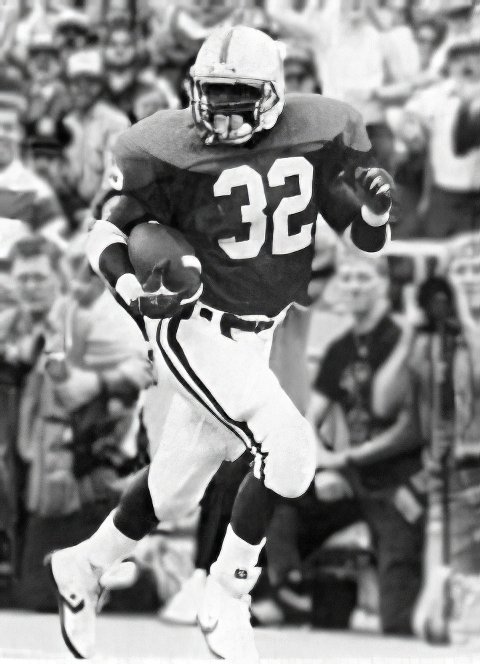 Seventh-ranked Nebraska scored on a 73-yard run by Ken Clark and an 86-yard interception by Charles Fryar in the first 3:31 as the Huskers stunned 10th-ranked OSU with a 35-0 first quarter.

The Huskers led 42-0 before yielding the most points ever recorded against a Tom Osborne-coached team in the highest-scoring game in Memorial Stadium history.

Clark was Big Eight offensive player-of-the-week after rushing for 256 yards, the second-highest total in Nebraska history.

H’MAX NOTES: OSU’s Barry Sanders, who would win the 1988 Heisman Trophy, rushed for 189 yards on 35 carries. At the time, it was the fourth-highest total allowed by any Nebraska team, but Sanders’ per-carry average was his lowest of the season at 5.4 yards. … During the eye-popping first quarter, Nebraska rushed for 299 yards on just 11 attempts. Ken Clark and quarterback Steve Taylor both topped 100 yards in the first 15 minutes. … The win extended the Huskers’ unbeaten streak in the series to 27 games. Nebraska handed the Cowboys their first defeat of the season for the fifth time in six years. 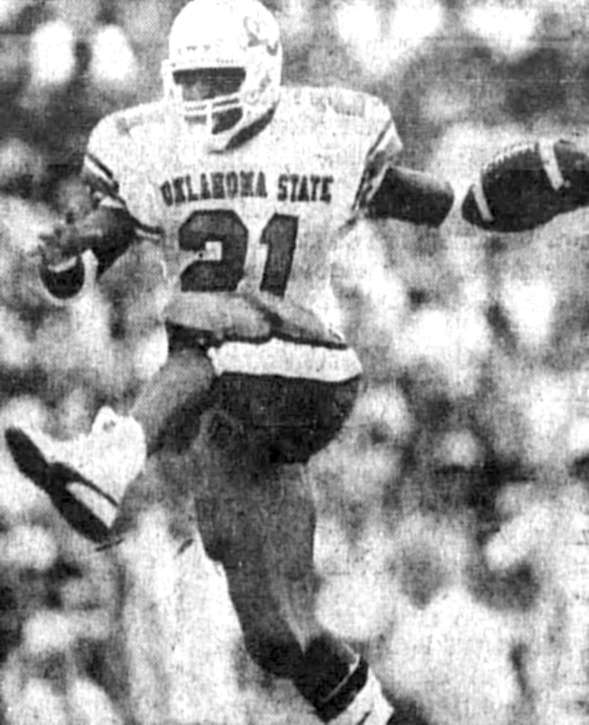