Steve Taylor is sacked by Miami’s Bill Hawkins for a six-yard loss during the second quarter. · The Miami Herald · Newspapers.com

Miami defense too much for Huskers

The Hurricanes gave sixth-ranked Nebraska no chance at an upset as they dominated the Huskers from start to finish in a 23-3 win.

The Huskers’ only serious scoring threat came early in the second half after Tahaun Lewis picked off a Steve Walsh pass and returned it 31 yards to the Miami 37. On first down, I-back Ken Clark gained 16 yards to the 21, but after Steve Taylor was sacked for a 13-yard loss (one of six sacks against NU), Nebraska had to settle for a career-long 50-yard field goal by Gregg Barrios. 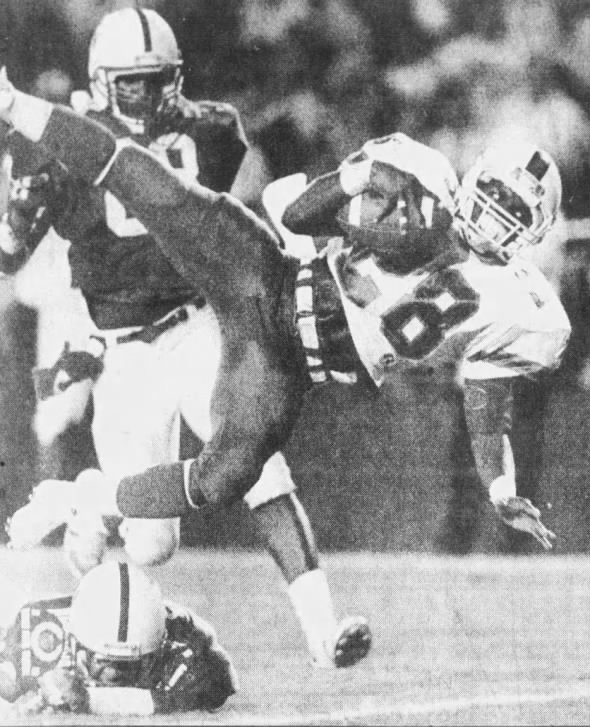