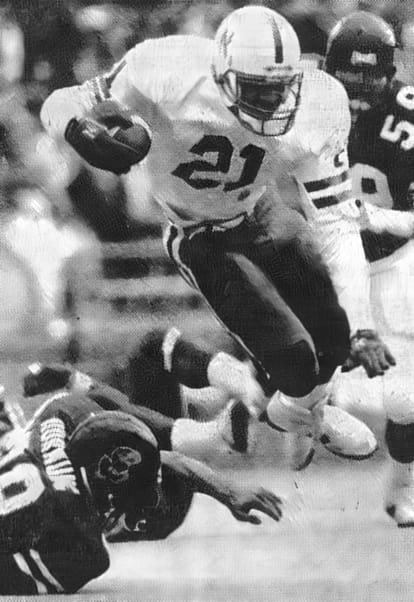 Richard Bell is tripped up at the end of a punt return early in the first quarter. · The Lincoln Star · Newspapers.com

Nebraska scored touchdowns on each of its first five possessions, not counting a 64-yard punt-return touchdown by Morgan Gregory, and the Huskers cruised to their 20th consecutive win over Kansas.

Despite a 79-yard Jayhawk touchdown pass, the longest against Nebraska in 12 years, Nebraska built a 49-10 halftime advantage.

Steve Taylor reached two career milestones as he became the fifth Husker to top 4,000 total-offense yards, finishing the game with 4,034, and became the third to record 50 career total-offense touchdowns.

The Huskers amassed 38 first downs and 547 rushing yards in their dominating performance in Lawrence. Nebraska I-back Tyreese Knox was the game’s leading rusher with 120 yards on just six carries. 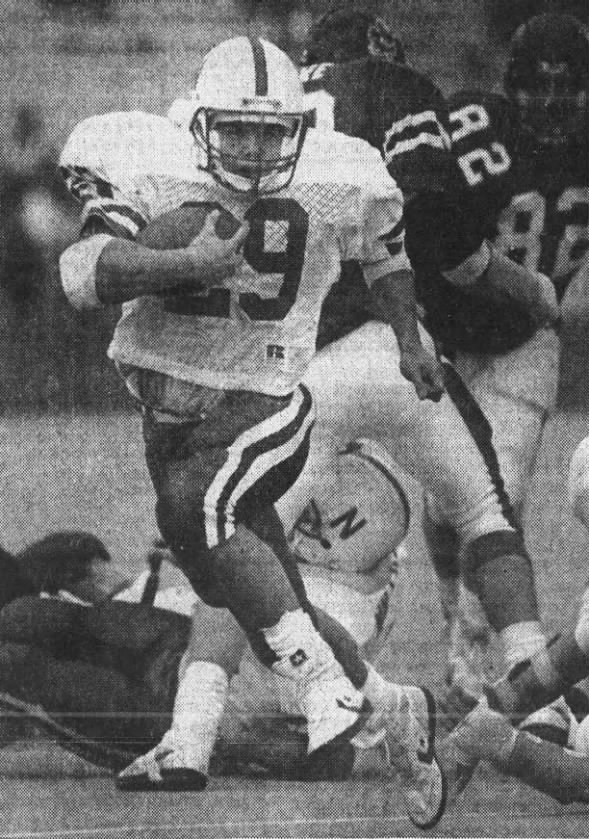