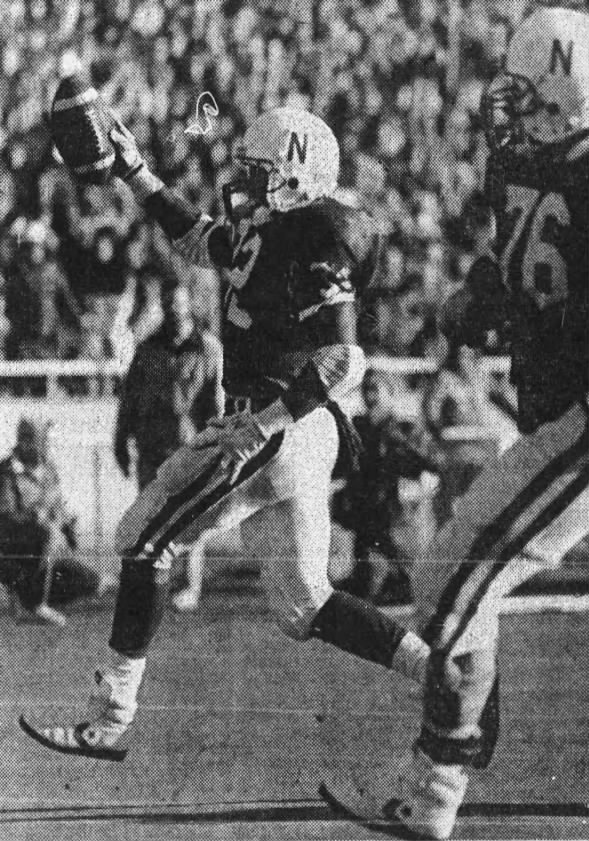 Escorted by guard John Nelson, Ken Clark strolls into the end zone for the game’s only touchdown. · The Lincoln Star · Newspapers.com

Halloween was 12 days gone, but Colorado halfback J.J. Flannigan suffered a running back’s nightmare in broad daylight in this tense defensive struggle between No. 7 Nebraska and the 19th-ranked Buffaloes.

Flannigan broke into the open midway into the second period, but, all by himself in the middle of an apparent 43-yard touchdown run, dropped the ball. CU recovered at the Nebraska 19, but Broderick Thomas stuffed a Buffalo reverse two plays later to take the visitors out of field-goal range.

Ken Clark’s 2-yard touchdown run late in the third quarter gave Nebraska enough points for a 7-0 win in the Huskers’ only shutout of the season. 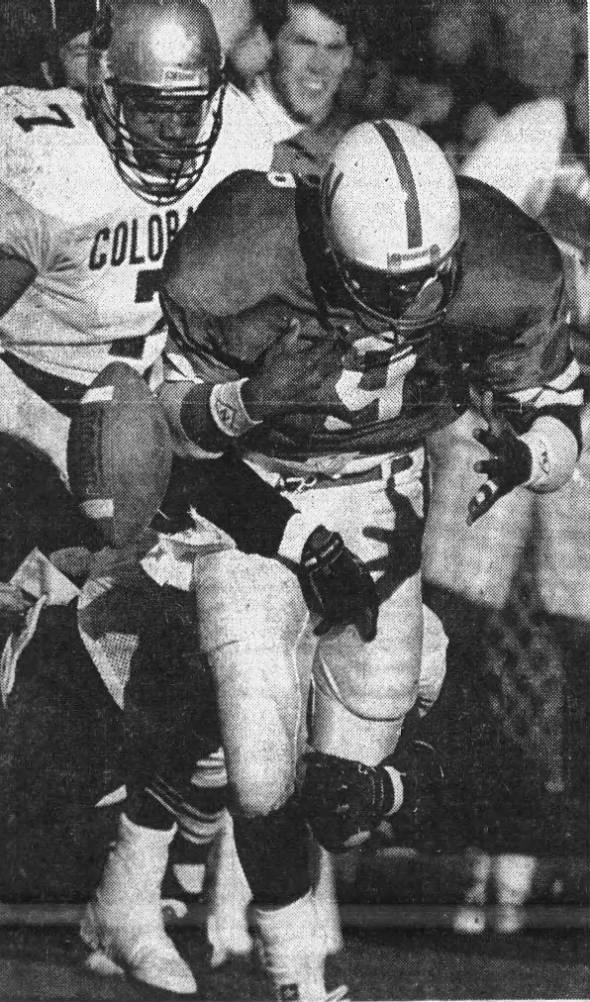 Nebraska quarterback Steve Taylor loses the ball at the end of a 25-yard run in the fourth quarter. Colorado recovered at its 3-yard line. · The Lincoln Star · Newspapers.com