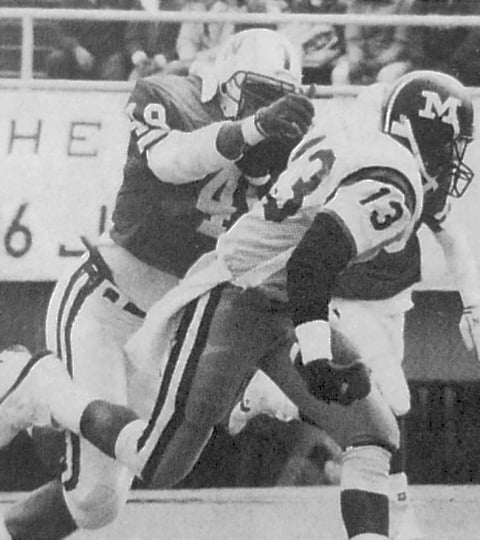 Chris Caliendo led the Husker defense with 10 solo tackles, including a sack of quarterback Corey Welch, plus an interception. | Courtesy of Nebraska Athletics

Fifth-ranked Nebraska had just 17 total-offense yards and one first down in the first half, and just 8 rushing yards through three quarters, but big plays by quarterback Steve Taylor and a rock-ribbed defense brought the Huskers back.

Missouri’s blitzing defense held Taylor to three of nine passing, but he threw an 82-yard touchdown pass to Todd Millikan on third-and-22, and had a 59-yard pass to Nate Turner on third-and-14 to set up a field goal. He also had a 24-yard scramble to the MU 1, setting up a touchdown. 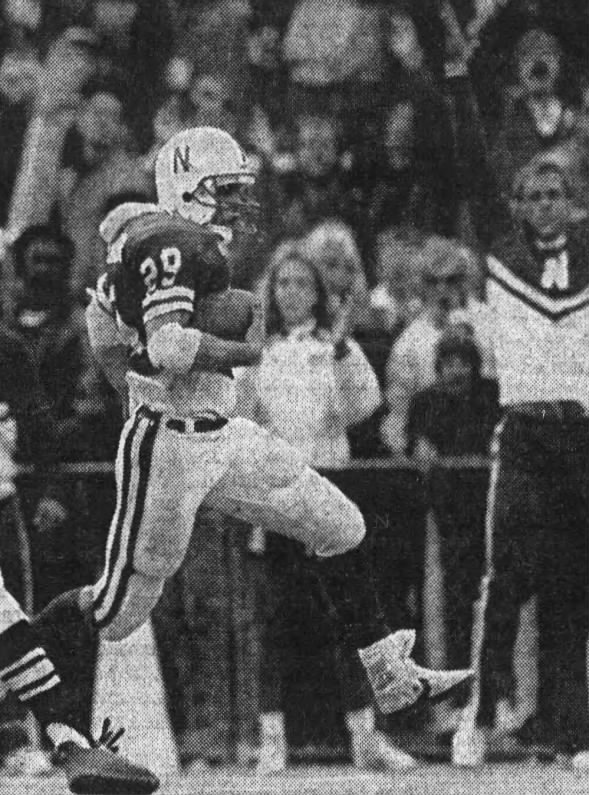