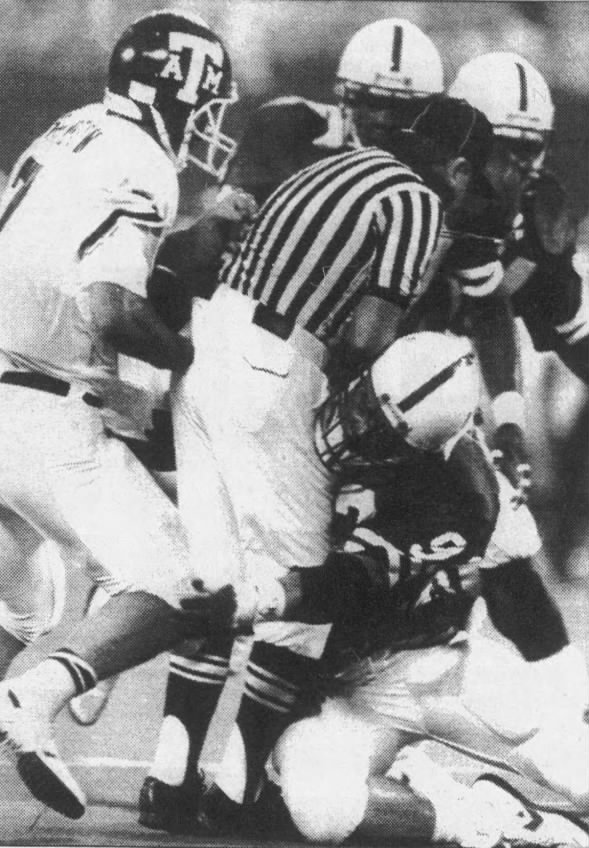 An official gets caught in the middle as Jon Marco tries to stop A&M quarter­back Bucky Richardson. · Austin American-Statesman · Newspapers.com

Nebraska took control of a tight defensive struggle in the second half and pulled away to win the sixth Kickoff Classic.

The Huskers came alive in the second half behind game MVP Steve Taylor, who passed for 125 yards and ran for 34 in becoming the top career rusher among Nebraska quarterbacks (1,333 yards).

After a 35-yard miss on Nebraska’s second possession, Gregg Barrios kicked three field goals, the last a Kickoff Classic-record 48-yarder that iced the game with 7:10 left.

Outside linebacker Broderick Thomas led Nebraska’s standout defensive effort with a career-high 14 tackles. Safety Tim Jackson set up the Huskers’ go-ahead touchdown in the third quarter with an interception and 19-yard return to the A&M 24. 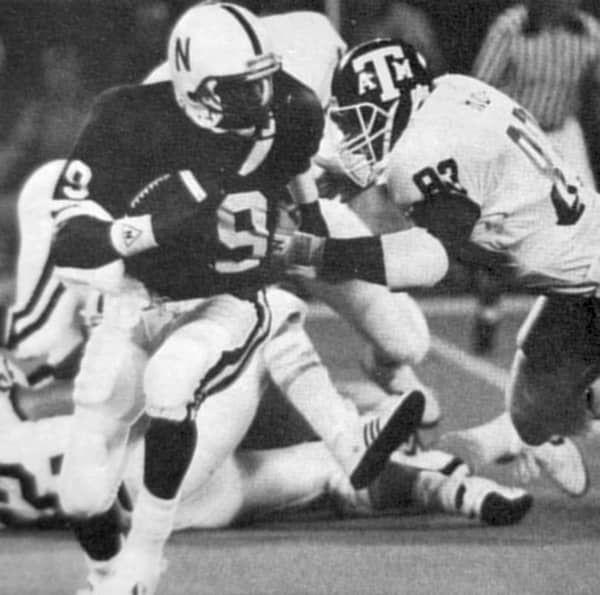 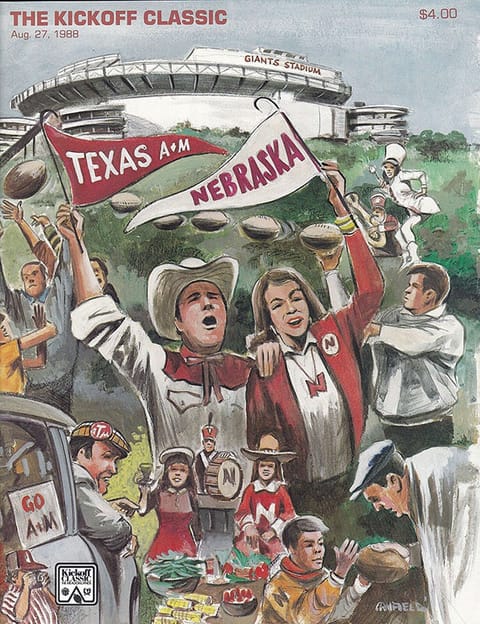