Fired by an awesome offensive attack and a ferocious defense, Nebraska blasted Minnesota, 49-0, before a record crowd of 76,217 fans.

The Huskers piled up 542 yards, 293 rushing and 249 passing, while the Black Shirts held the Gophers to 51 yards passing and 93 yards rushing.

Gary Dixon led the NU scoring attack with three touchdowns, while Johnny Rodgers put on a sensational show of versatility. Johnny R ran for 33 yards, caught seven passes for 127 yards, returned five punts for 104 yards – one was a 64-yard TD – and one kickoff return for 26 yards, giving him 290 yards for the day.

It was Nebraska’s third straight win after the opening loss to UCLA and the first shutout in nine games – but it wouldn’t be the last. 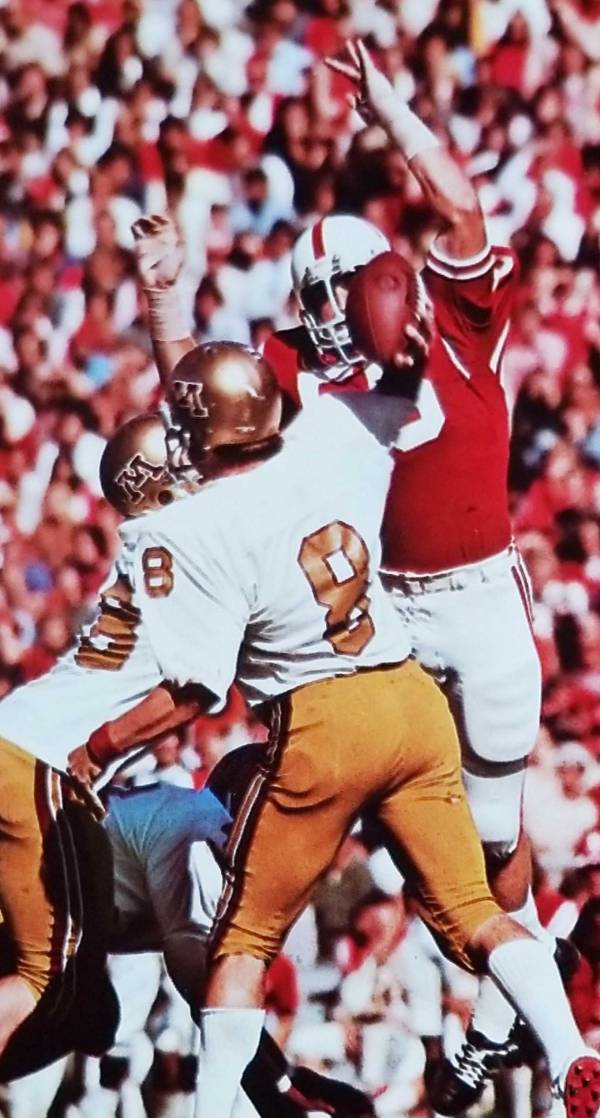