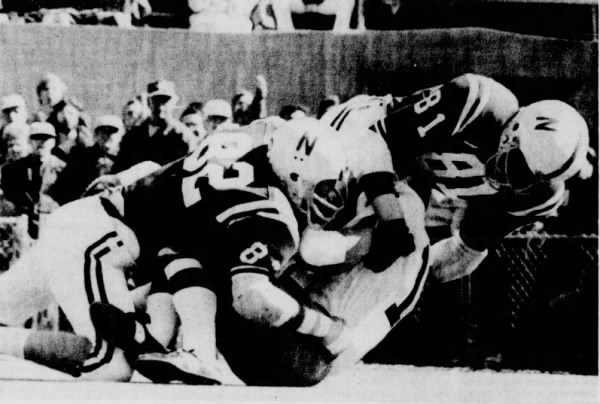 Fears that an open date had taken the edge off Nebraska’s momentum were totally unfounded. The Cornhuskers returned to action by demolishing the Missouri Tigers, 62-0.

Another record crowd of 76,511 saw the Cornhuskers build a 21-0 halftime lead, then build a 34-0 lead in the third quarter before turning the contest over to the reserves. This same Missouri team was to overcome humiliation at Nebraska to upset Notre Dame and Colorado on the next two weekends, but against Nebraska the Tigers were completely outmanned.

Eight Huskers scored in the game, with Gary Dixon getting a pair of TDs.

Quarterback David Humm and alternate Steve Runty combined for a new Nebraska passing yardage record. Humm hit 15 of 22 for 267 yards, including TD passes to Johnny Rodgers, Bob Revelle and Jerry List (also a record), while Runty hit 5 of 7 for 62 yards. Their combined total of 329 yards set a new single-game record.

It was Nebraska’s fourth straight win and second straight shutout. Nebraska’s Black Shirts now had 17 consecutive quarters without a TD being scored against them. They held Missouri to 124 yards on the ground and 44 in the air, while Nebraska piled up 544 yards in total offense. 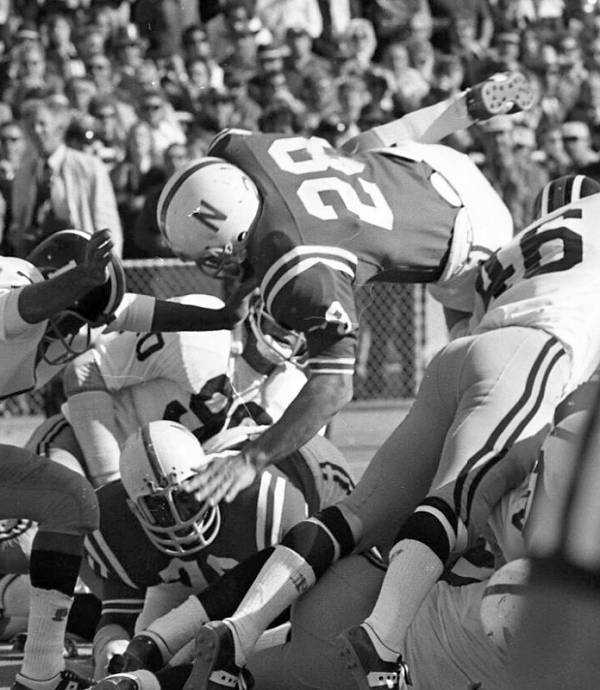 Dave Goeller dives for yardage as a Tiger braces for contact. | Courtesy of Nebraska Athletics