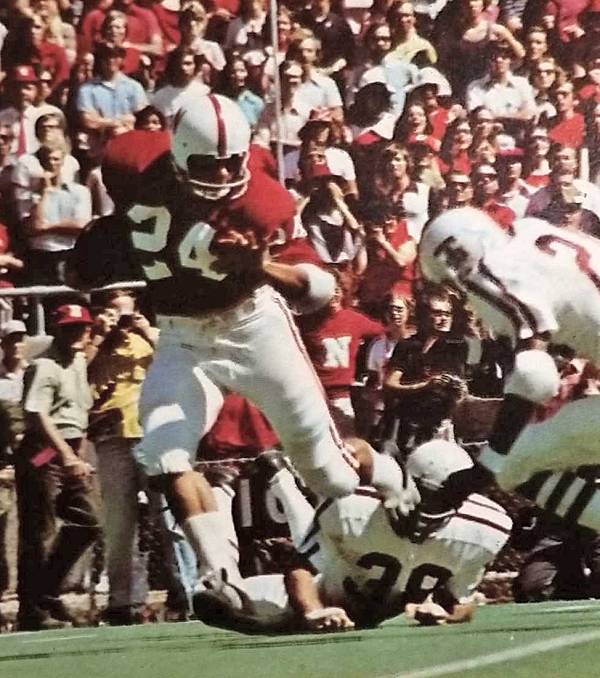 Ritch Bahe tries to get past an Aggie defender. | Courtesy of Nebraska Athletics

Huskers bounce back with win over Aggies

Stunned by UCLA the week before, Nebraska’s Cornhuskers bounced back in convincing fashion by beating Texas A&M, 37-7, before a record home crowd of 76,042.

Nebraska drove 86 yards for its first home touchdown and took advantage of an Aggie fumble for its second. Two Dave Humm TDs accounted for a 14-0 first quarter lead.

The Huskers got a second quarter tally from Maury Damkroger, added a Humm-to-Jerry List TD pass in the third quarter, then scored twice in the final period to fold up a 37-0 lead. Texas A&M scored with 3:29 left in the game against the NU reserves.

Nebraska’s defense played a big role, holding the Aggies to only 75 yards on the ground and 154 yards passing. The Huskers served notice they’d have a potent offense, piling up 468 yards — 252 rushing and 215 passing.