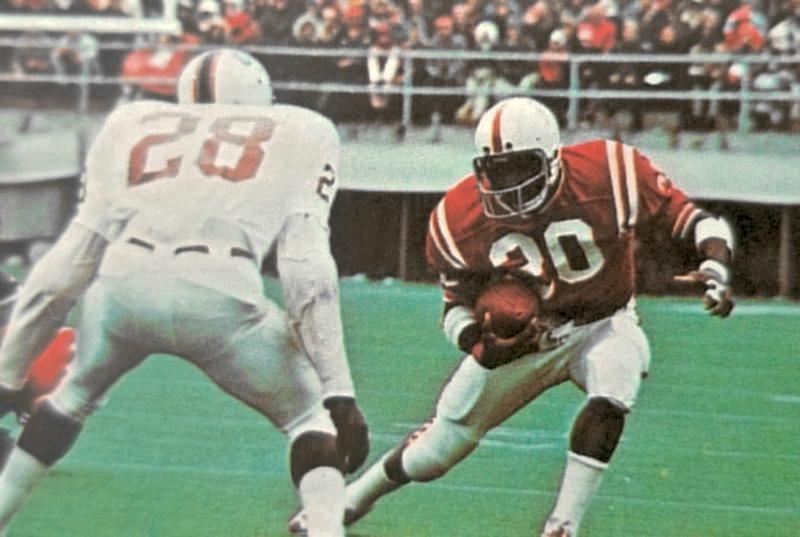 Nebraska met its toughest hurdle since the opening game with UCLA by blocking Oklahoma State, 34-0, before a Homecoming crowd of 76,432.

It was the Huskers’ fourth straight shutout, a feat that hadn’t been accomplished at Nebraska since 1937. Oklahoma State had a 4-2 record and had knocked off national contender Colorado, 31-7, but the Cowboys were no match for the fired-up Cornhuskers.

The Husker offense had its biggest yardage production of the season with 566 yards, while the defense held OSU to 205 yards, 134 rushing and 71 passing.

Joe Blahak was the defensive star of the day, knocking down five OSU passes and making six tackles from his snap-the-wishbone safety position.

Offensively, it was another big day for Dave Humm and Johnny Rodgers. Humm hit 15 of 32 passes for 271 yards and two TDs, while Rodgers caught seven passes for 124 yards and one TD.

With a 6-1 record, 3-0 Big 8 record, No. 3 national ranking and four straight shutouts going for them, the Cornhuskers were ready to invade Colorado for the second straight conference showdown. 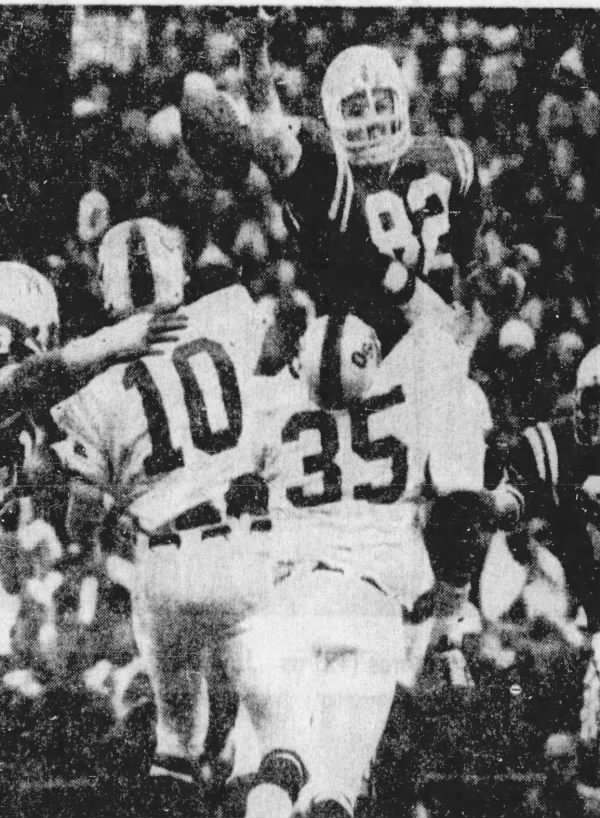