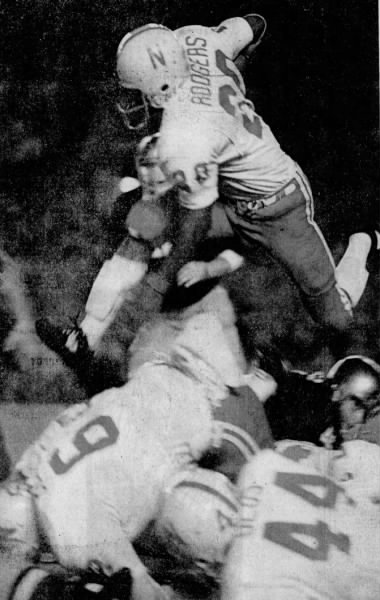 Heisman Trophy winner Johnny Rodgers erased all possible doubts about his claim to national pre-eminence with a devastating one-man attack on the Fighting Irish of Notre Dame as the Nebraska Cornhuskers confiscated their third consecutive Orange Bowl trophy with a 40-6 victory.

With his teammates also performing in magnificent fashion, Rodgers astounded 80,010 fans in familiar Orange Bowl Stadium as well as millions of TV fans on New Year’s Night by scoring four TDs and passing for a fifth against the shell-shocked Irish.

No Heisman Trophy winner in history ever concluded his collegiate career in such sensational fashion. Plagued by a tarnished off-the-field reputation, Rodgers feverishly wanted to assure the nation that he really did merit the Heisman as the outstanding player in the United States. Few who watched the 1973 Orange Bowl game would dispute his claim.

In a master stroke of strategy, Coach Bob Devaney shifted Rodgers from wingback to I-back. It was a simple move, yet the results were explosive. 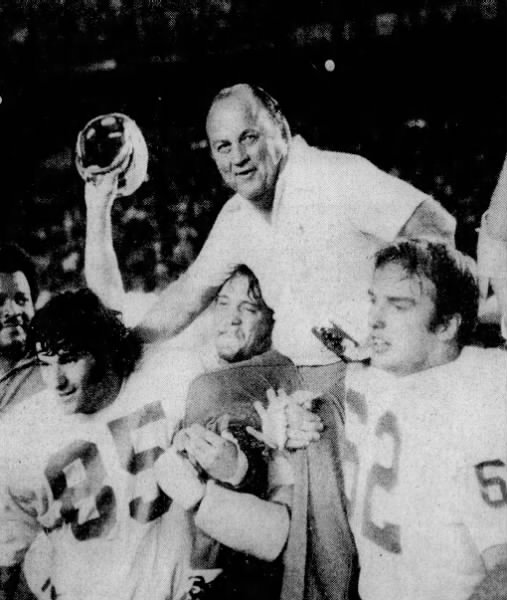 Coach Bob Devaney gets a victory ride after his final game. The Miami Herald Newspapers.com