No. 1 ranked Nebraska, seeking its third straight national title, had its 32-game success string abruptly snapped by UCLA in the 1972 opener. With 67,702 fans packing the LA Coliseum, Efren Herrera kicked a 30-yard field goal with only 22 seconds left in the game to trip the Cornhuskers, 20-17. It was the first loss in 33 games for the Huskers, dating back to the Missouri game in 1969. It also snapped a 23-game winning streak – both marks tops in the nation.

UCLA, pepped by new quarterback Mark Harmon and running back James McAllister, jumped off to a 10-0 lead before the sputtering Huskers got on the board with a 28-yard Rich Sanger field goal. Johnny Rodgers’ 11-yard TD run made it 10-10 at halftime, but UCLA refused to fold.

Continued miscues in the second half – Nebraska had four fumbles and two pass interceptions – gave UCLA a solid opportunity, and the Bruins capitalized. A pass interception that was returned to the Husker 15 set up a third-quarter Bruin score, provided on Harmon’s two-yard run.

Humm countered by pitching a 44-yard TD pass to Jerry List for a 17-17 tie. However, the Huskers couldn’t move in two subsequent possessions and UCLA finally marched from its own 43 to the NU 12 before Efren Herrera kicked the winning field goal. 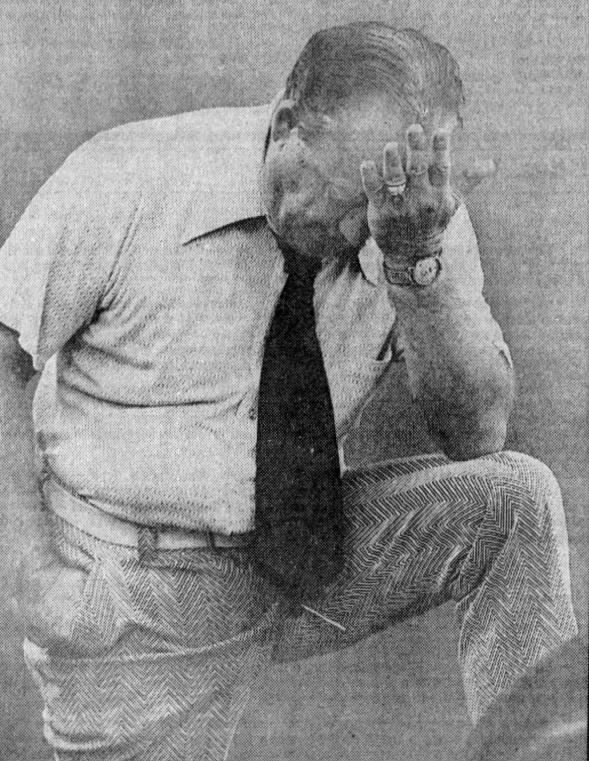 Coach Bob Devaney after the game. · The Lincoln Star · Newspapers.com