Wisconsin erased an 11-point deficit in the fourth quarter and beat the Huskers a ninth consecutive time, with a touchdown in the final minute providing the winning margin.

The game was close even though the Huskers managed just 171 yards of offense in quarterback Casey Thompson’s return. The Badgers nearly doubled that number and held commanding advantages of 235 to 65 in rushing yards and 36:57 to 23:03 in time of possession.

Wisconsin never led until quarterback Graham Mertz’s one-yard touchdown run with 35 seconds remaining. The score capped a seven-play, 50-yard drive that included a 27-yard pass from Graham Mertz to running back Isaac Guerendo to the Nebraska 7.

Nebraska’s two touchdowns came on passes from Thompson to Trey Palmer in the second and third quarters covering 11 and 19 yards. With four catches, Palmer increased his season total to 62, moving him into a tie for sixth place on the Nebraska single-season receptions list. 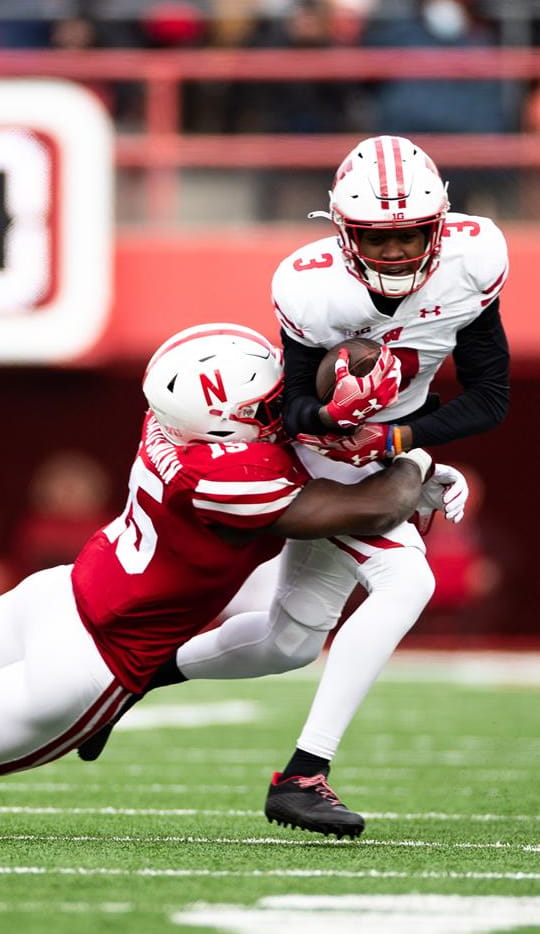 The Huskers had no clue how to finish off a mediocre opponent that was ripe for the picking.

You kind of knew it would come down to if Nebraska could hold Wisconsin on the final drive. It didn’t happen.

You feel for Nebraska’s seniors. They were so close to having a signature moment.

As if the Big Ten experience hasn’t come with enough lessons, this most average Wisconsin team provided one more.

I don’t think, as both programs face coaching decisions in the weeks ahead, there’s a ton of difference between Nebraska and Wisconsin right now.

It’s hard to pin this loss on Nebraska’s defense. It keeps scrapping as the Husker offense scuffles to an alarming degree.

The loss all but assured massive turnover in the program this offseason — even a win over Iowa next week won’t prevent that.

The Huskers got seemingly every dose of good fortune for 55 minutes. ... The final five minutes amounted to nothing more than the latest chapter of Nebraska’s nightmare.