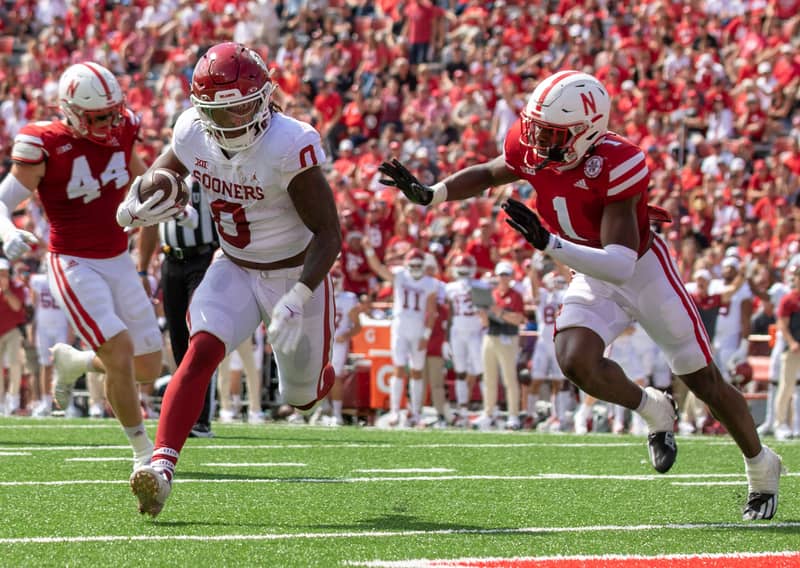 Oklahoma’s Eric Gray puts the Sooners up 42-7 early in the second half with a 21-yard touchdown run. | Kenny Larabee, KLIN 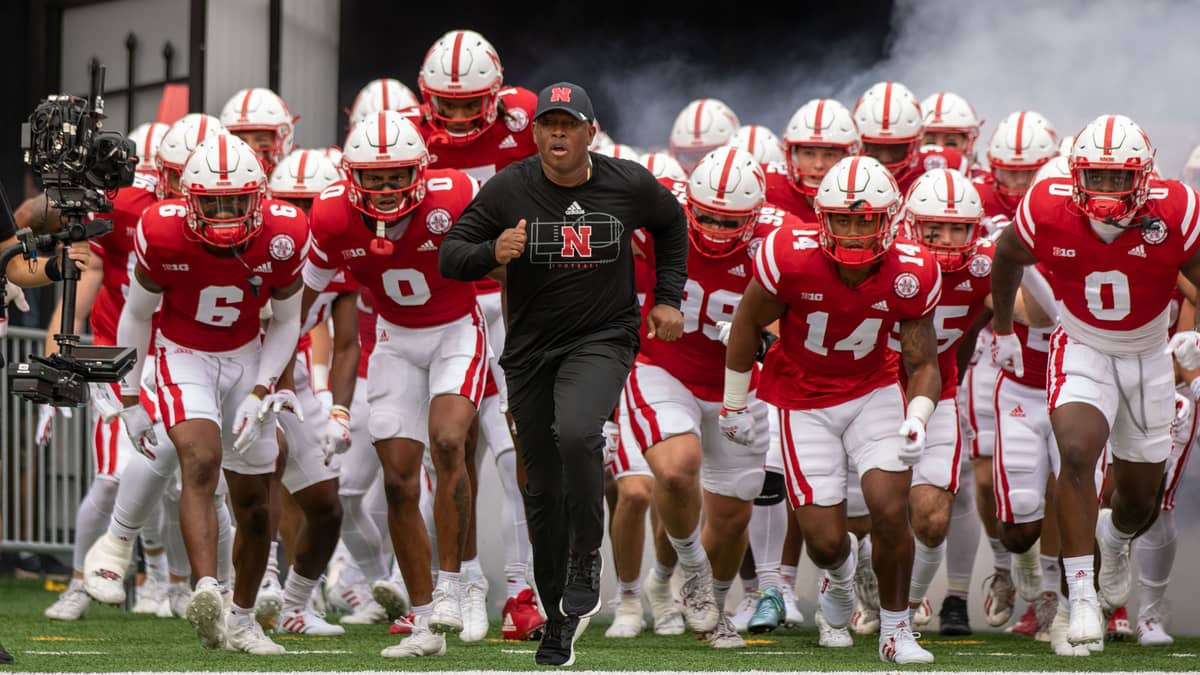 After a rousing opening drive, the Huskers had no answers on either side of the ball. Oklahoma reeled off seven touchdowns and rolled to a 49-14 win in Mickey Joseph’s debut as Nebraska’s interim head coach.

The Husker defense again was porous, surrendering 580 yards, including more than 300 on the ground. On offense, Nebraska had trouble protecting quarterback Casey Thompson, who was sacked three times during the first half.

It was Nebraska’s most lopsided home loss in the Oklahoma series since a 41-0 defeat in 1955. The Sooners’ 49 points were their most ever in Lincoln. 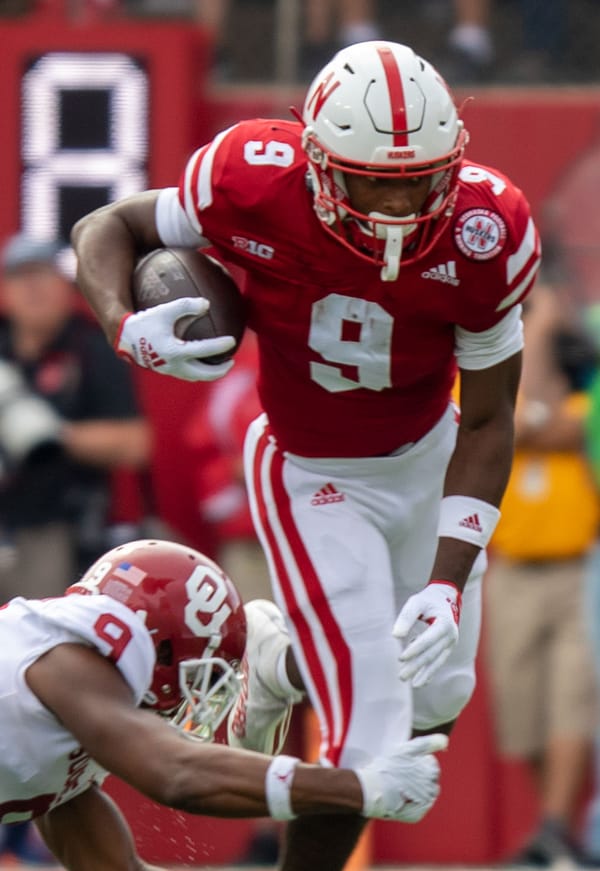 Joseph has some time to make any significant changes in staff or strategy before his next game, Oct. 1. Those changes likely will make or break this season.

We knew Nebraska had its fair share of questions going into this game. OU blew those up with a magnifying glass.

It’s not how many more wins this season, it’s how much progress Joseph can make on those big flaws. Anyone got duct tape?

The problems that permeate this team go deeper than one man.

The Sooners that Brent Venables brought to Lincoln on this warm, sunny Saturday afternoon barely broke a sweat. ... Nebraska lacked in every football essential you can think of

The Sooners didn’t just win a track meet, they won the wrestling matches, too.

The reality is that the Cornhuskers need to get back to basics. The path to that point seems as lengthy as ever.

Nebraska may be horrendous, but the Huskers seem to play everybody close. Ranked, not ranked, top-10, everybody. Until the Sooners arrived.

This is the most critical two weeks of Mickey Joseph’s coaching career. ... He can put his stamp on the team before Big Ten play comes back around.

Whoever is coaching Nebraska next season faces a challenge just to get it on the level of a mediocre Big Ten team.