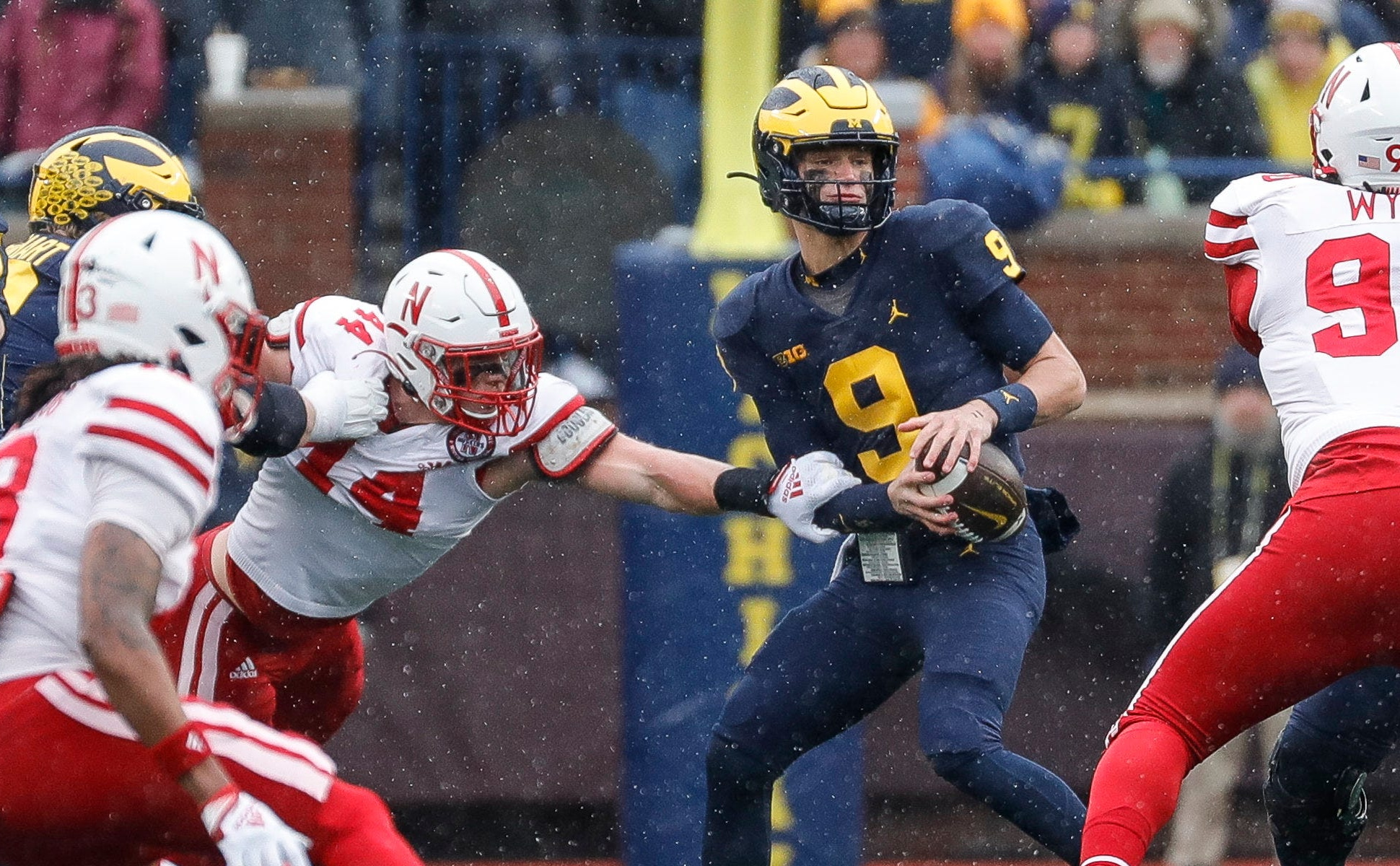 It was no contest in Ann Arbor as the Husker offense got nothing going and lost the services of quarterback Chubba Purdy, who was injured during the second quarter.

The Huskers’ best possession came in the second quarter with Nebraska trailing 14-0. Purdy, playing in place of the injured Casey Thompson, opened the drive with a 13-yard run. Three plays later, Purdy completed a 13-yard pass on 3rd-and-6 to Alante Brown, who finished the play with a highlight-reel hurdle to convert for a Big Red first down.

On the next play, Nebraska moved 15 yards on a roughing-the-passer penalty before Purdy picked up seven more yards on the ground. Purdy made another third-down play with his legs, scampering eight yards on 3rd and 3 to set up the Huskers with a 1st and 10 at the Michigan 15. But Purdy was injured at the end of the run and did not return.

After Logan Smothers came in at quarterback, Timmy Bleekrode’s 37-yard field goal cut the Michigan margin to 14-3. That was a close as the Huskers got.

Freshman linebacker Ernest Hausmann led the Nebraska defense with a career-high 10 tackles, including a sack, while Luke Reimer matched Hausmann with 10 tackles of his own.

The Huskers fell to 3-7 on the season with games against Wisconsin and Iowa to come. 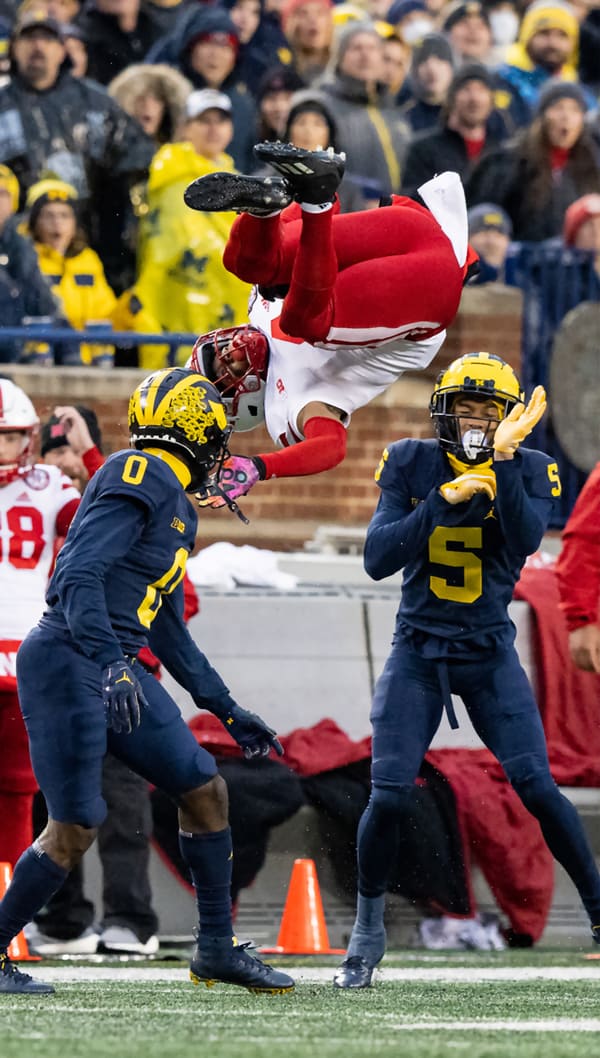 Alante Brown’s attempted hurdle resulted in a hard landing and lots of play on social media. | Michigan Athletics via Twitter

Nebraska ... has almost nothing to offer its fans right now except the hope that a new coach can come into Lincoln and breathe life into the program.

Nebraska’s defense did some good things, but Michigan had more mightiness and dudes.

Four years after suffering an embarrassing loss in the Big House, Nebraska was no closer to going on the road and competing against one of the Big Ten’s flagship programs.

No. 3 Michigan never really got uncomfortable during its 34-3 win. The Huskers, however, were made uncomfortable in ways that are still almost hard to believe.

A clunker? I guess. Boring? Absolutely. Uninspiring? No doubt.

The Huskers slowed the pace down with what they were doing, and the overall possessions were minimized. In the end, it still didn’t matter.

As expected, Nebraska can’t compete in the trenches — with Michigan or other Big Ten heavyweights.