An 89-yard drive kept alive by a big third-down catch by Trey Palmer helped the Huskers break open a tight game against FCS school North Dakota in the fourth quarter.

The teams battled to a 7-7 halftime tie, then it was 17-17 late in the third quarter when Nebraska’s Anthony Grant ran 46 yards for a touchdown to put the Huskers back on top.

That 24-17 lead looked shaky when the Huskers faced third-and-14 from their own 7 about five minutes into the fourth period. Casey Thompson lofted a pass down the left sideline, and Palmer went high against his defender to make the grab for a 31-yard pickup. The Huskers completed their 89-yard drive with a 14-yard touchdown run by Ajay Allen, and Nebraska was in control from then on.

Grant ran for 189 yards and two touchdowns, and his 46-yard score was his second from that distance in as many games. 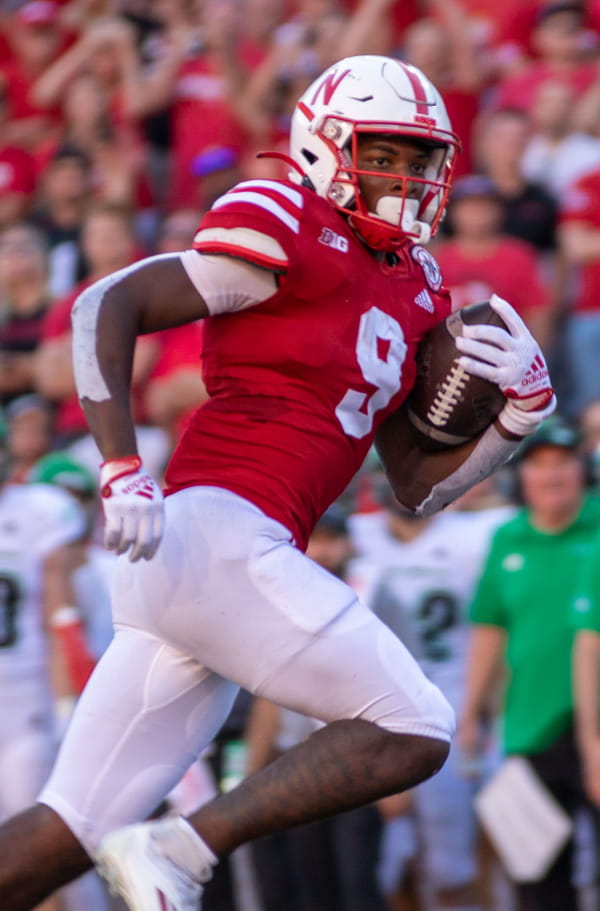 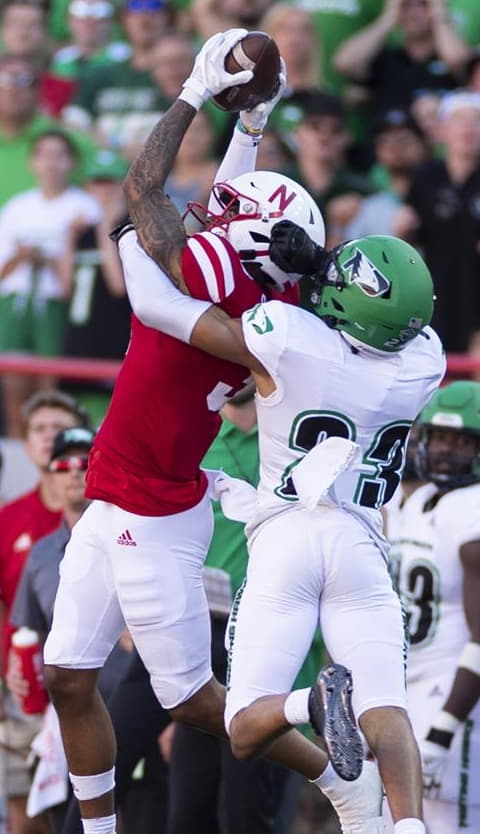 The Huskers have a lot to learn, but they’re 1-1. Just breathe easy for a while.

With the obvious caveat of North Dakota’s lower-division status, it was nice to see this edition of Nebraska football assert themselves.

The Husker defense gave up 306 yards and has some work to do, but Mathis came up big with the heat when it was 24-17 and the game was in the balance.

Husker fans may have expected a home opener against an FCS team to set things right. But this uncomfortable 21-point win raised as many concerns as it quelled.

For much of the day, it felt like Frost’s tenure at Nebraska was holding on by a thread. Even after a 21-point victory, it still largely feels that way.

If Nebraska has troubles finding its footing against an FCS team, I can only imagine what the Michigan and Wisconsin contests have in store.

If there’s a less inspiring 21-point victory in Husker football history, I don’t want to see it.

While the game hinted at the Huskers’ resiliency and an ability to succeed in adversity, Nebraska left with perhaps more questions than answers.

At this point does it matter if Frost took over some of the play-calling duties in the second half? I think the biggest takeaway has to be the way the running game found its way late in the game.