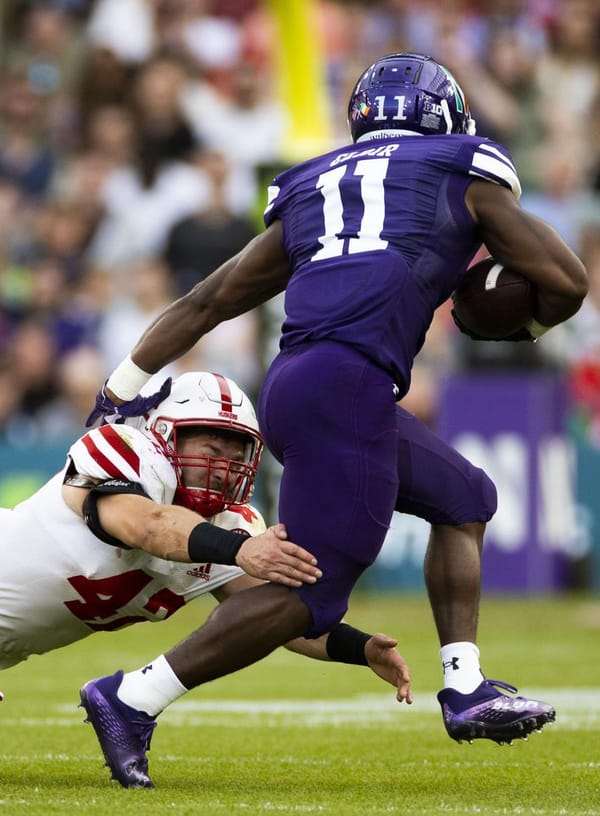 Nebraska amassed 465 yards of total offense, including 355 yards on 25-of-42 passing by quarterback Casey Thompson in his Husker debut. Northwestern, however, answered with 528 total yards, including 314 on 27-of-38 passing by Ryan Hilinski. The Wildcats also pounded the ball for 214 rushing yards.

Also making debuts for the Big Red, Garcia-Castaneda reeled in four passes for 120 yards and one score while Trey Palmer caught eight passes for 68 yards. Brian Buschini averaged 47.2 yards on six punts, including four that were downed inside the Northwestern 20-yard line.

*NOTE: Errors in the original official game stats have now been corrected.

Yep, we’ve played this game before, many times. Nebraska can pile up yards, but can’t find the end zone when it really needs to.

Most alarming, the Huskers got beat up front on both sides of the ball.

A head coach is paid to have a strong handle on his team. I often wonder if Frost does.

In the end, these new-look Huskers didn’t handle the adversity. And there they went again.

Doesn’t matter how many faces change, the product does not.

The loss to Northwestern, like so many others during Frost’s tenure, hit all the same beats as a horror film.

Those three words — ‘one-score game’ — might as well be considered an offensive phrase in Lincoln.

Nebraska’s offensive line was get beaten up physically by a team that struggled to stop the run last fall in Memorial Stadium.

Truth be told, there’s never one sole reason for a team’s in-game demise. There’s plenty to think about for Nebraska on their 4,000-mile flight.

There’s plenty of season left, but this is going to be a mountain to climb. How much can one team really take?

Nebraska was out-coached and out-classed in yet another close loss.

Fitz has built a career out of being the anti-Frost, maximizing his opportunities instead of minimizing them.