Eagles pull off upset in Lincoln

The Huskers surrendered 642 yards, including a 75-yard touchdown drive on the Eagles’ last-chance possession, and fell to 1-2 with Oklahoma up next.

The Eagles (2-0) scored the go-ahead touchdown on quarterback Kyle Vantrease’s eight-yard run with 36 seconds left. Casey Thompson then moved Nebraska quickly into field goal position. His pass to Trey Palmer with one second left set up a 52-yard field goal attempt by Timmy Bleekrode, which would have forced overtime. But Bleekrode’s kick spun wide left

Vantrease completed 37 of 56 passes for 409 yards and a touchdown. Derwin Burgess Jr. was his favorite target, hauling in 12 receptions for 119 yards.

The Eagles added 233 rushing yards, including 132 from running back Gerald Green on just 10 attempts with two touchdowns.

Defensive back Marques Buford Jr. provided highlights for the Nebraska defense with a pair of interceptions to go along with his five tackles. Isaac Gifford led Nebraska with 11 total tackles. 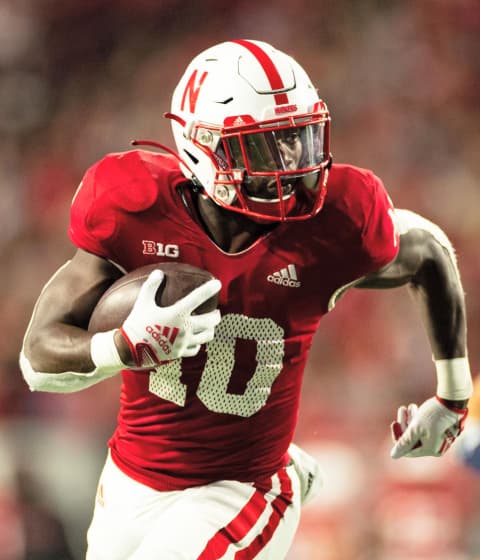 It’s a frightening omen when a large section of the most loyal fan base in America starts to emotionally check out of something that once meant so much.

There is no on-field value to keeping Scott Frost around for any length of time when we all know how this ends.

Nobody with a voice that counts has declared anything over, but it all looks pretty bleak right now.

Following another loss — the second in Scott Frost’s tenure to a Sun Belt team — it seems increasingly likely a change is coming in Lincoln.

The Frost Era has been one big disappointment after another, one shock after the next. There’s no reason to rank this one.

The loss rides on the shoulders of Nebraska’s defense — a unit with so much individual talent that it’s disarming to see them hold up like a plastic bag in the wind against a Sun Belt team.

It’s the defense’s collapse that ultimately could seal Frost’s fate as the man in charge of a program for which he once starred as a hard-charging quarterback.

Nebraska is in a black hole now. ... This program is a tire fire, only burning rubber has a better scent.

It’s time to admit that this didn’t work. This slam dunk of a 2017 coaching hire at Nebraska, it has failed.

All things considered, Saturday night might have been the worst defensive showing in Nebraska history.

Nobody thought we’d be at this point five years ago, but here we are.

Clay Helton built a better team in nine months at Georgia Southern than Frost could manage in almost five years at Nebraska.