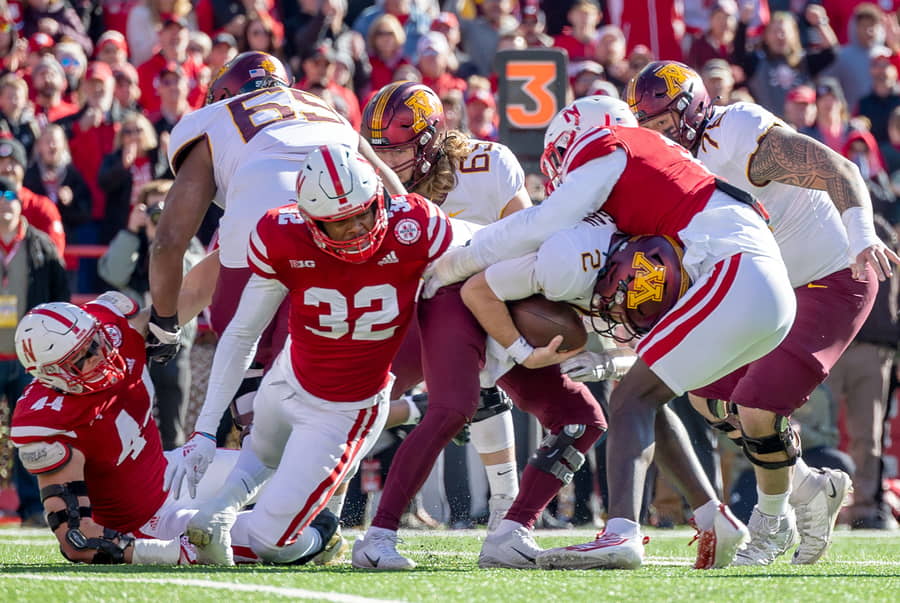 Caleb Tannor and Ochaun Mathis team up to sack Minnesota’s Tanner Morgan in the first half. | Kenny Larabee, KLIN

After a fabulous start, Nebraska’s offense went missing for too long. Minnesota took advantage and turned a 10-0 deficit into a 20-13 win against the Huskers in Lincoln.

With Chubba Purdy filling in at quarterback for the injured Casey Thompson, Nebraska drove 75 yards for a touchdown on the game’s opening possession. The defense forced a three-and-out, and a 50-yard drive for a field goal made it a 10-0 lead for the Huskers against the heavily favored Gophers with 4:18 left in the first quarter.

It was scoreless for the rest of the half, but an injury to Tanner Morgan at the end of the second quarter prompted Minnesota to switch quarterbacks after intermission. Athan Kaliakmanis got the Gopher offense into gear while the Husker offense suffered a series of three-and-outs. In less than 21 minutes of play, Minnesota reeled off 20 points to put the Huskers in a 20-10 hole.

A 32-yard completion on fourth down from Logan Smothers to Marcus Washington got Nebraska inside the Minnesota 15 in the final six minutes, but the Huskers could get only a field goal out of the opportunity. Nebraska had a last-chance possession but turned it over on downs near midfield. 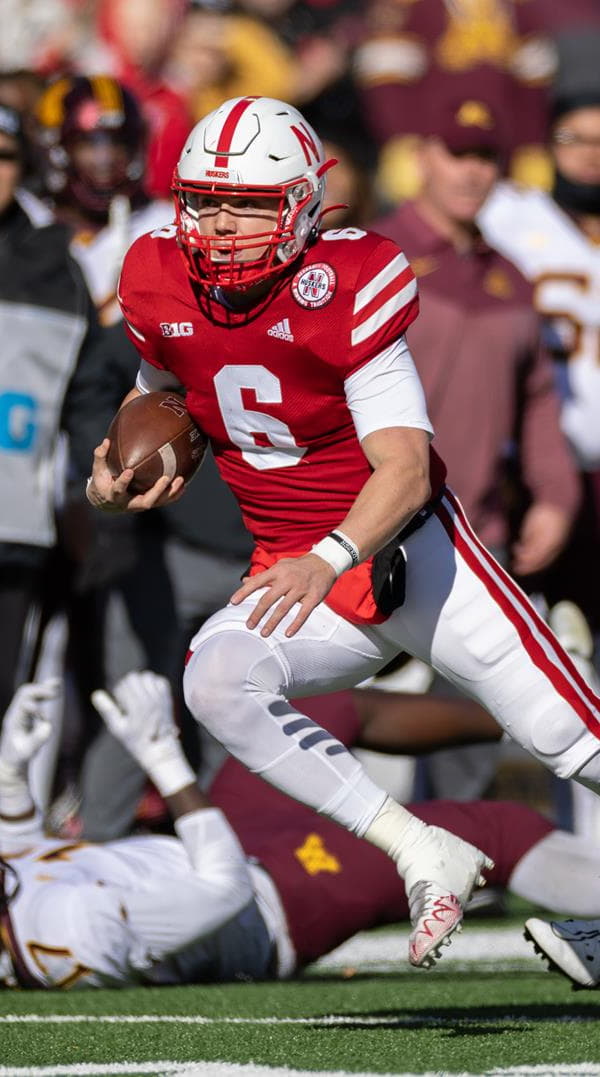 Chubba Purdy runs for yardage in the first half. | Nebraska Communications

Joseph and his team served Husker Nation tasteless crumbs from their Halfhearted Menu at crunch time.

The mixing and matching by Nebraska’s defensive fronts and the way the Huskers got home in the first half was a thing of beauty.

If Whipple thought his job was hard the last two weeks, who knows what Saturday might bring.

Nebraska had every opportunity to take control and take a much-needed win. A team that was bigger, stronger and better-coached might have done just that.

Joseph’s team continues to show some things that feel new, even if the record of late has been mostly that of old.

I feel badly for the Huskers’ players. They continue to battle, but it’s an uphill struggle against established programs like P.J. Fleck’s.

It’s not that Purdy was the wrong guy against Minnesota. He started off on a heater. ... But when the wheels fall off, why are you still driving the car?

The decision not to hand the keys to sophomore quarterback Logan Smothers until late in the fourth quarter was an odd one.

Had they gone with Smothers earlier, Saturday’s outcome may have been different.