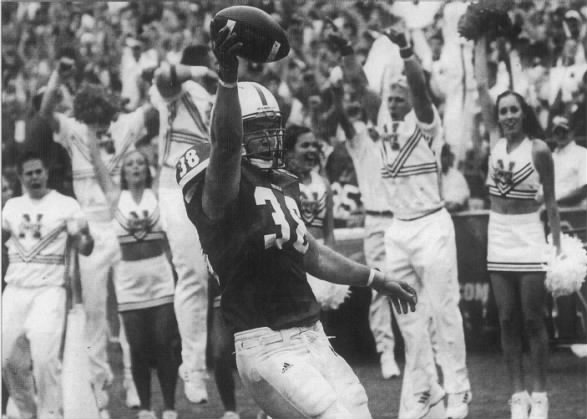 Linebacker Barrett Ruud celebrates after scooping up a fumble by OSU’s Tatum Bell and returning it 15 yards for a third-quarter TD. · Lincoln Journal Star · Newspapers.com 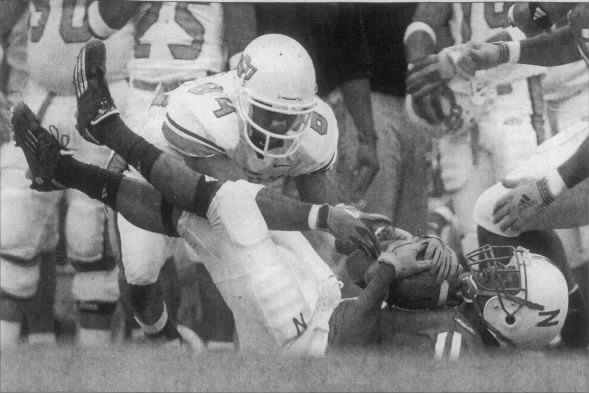 Defensive back Lornell McPherson cradles the ball in front of OSU receiver D’Juan Woods after intercepting a Josh Fields pass at the Nebraska 38 late in the second quarter. · Lincoln Journal Star · Newspapers.com

While the pregame featured the largest player reunion in school history, it was only fitting that a pair of Husker legacies carried the day in Nebraska’s 17-7 win over No. 24 Oklahoma State.

Linebacker Barrett Ruud’s 15-yard fumble return with 10:50 remaining in the third quarter gave the Huskers the lead for good. The Blackshirts forced five turnovers, including three interceptions, in holding the potent Cowboys to 183 yards of total offense, including just 57 in the second half. The Nebraska defense took control of the contest early in the second half, forcing three turnovers in a four-possession stretch.

Ruud, whose father, two uncles and great-grandfather played at Nebraska, scored his first career touchdown and made five tackles in the win while I-back Josh Davis, another second-generation Husker, made the most of his second career start, rushing for a team-high 95 yards on 20 carries.

The win was NU’s 17th consecutive season-opening win and was the Huskers’ 20th straight over OSU in Lincoln dating back to 1962. 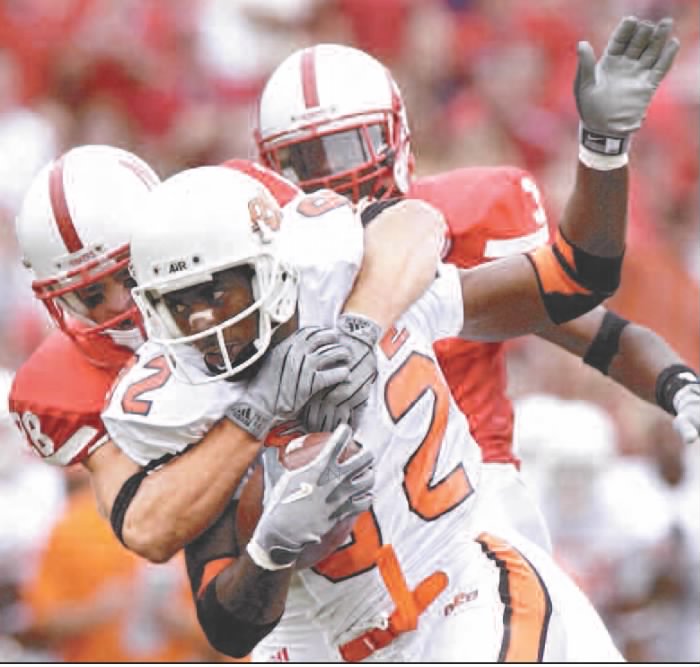 The linebackers were terrific and our line was active, although I worry that our tackles are too small.

Hope was delivered in the form of a blitz, a forearm shiver, two fumble recoveries and one returned for a touchdown.

Both offenses stumbled all day. It was the Cowboys from Stillwater who finally fell.

If the nation learned one thing the opening weekend of the season, it was never to doubt Nebraska’s pride.

It was positively nifty to see our old friend, Gang Tackle, making a return to the starting lineup.