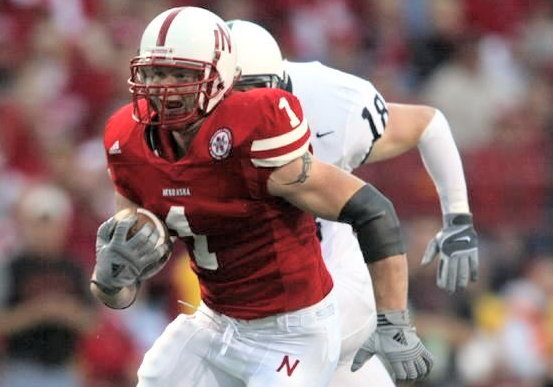 The Nebraska game plan during this young 2003 season has been simple. Pound opponents up front with the running game, control the clock, and let the upstart defense take care of the rest.

The Huskers continued to use that formula with success on Saturday night, punishing Penn State on the ground for 337 yards rushing, while the Blackshirts held the Nittany Lions scoreless in the second half in an 18-10 Nebraska victory. With the win, the Huskers remain undefeated at 3-0.

But despite its 72 running plays, NU was able to put only one across the goal line, leaving much of the scoring to freshman placekicker David Dyches, who connected on four field goals, including a crucial 32-yarder with 3:53 left in the game.

I just don’t know how long we can keep moving the ball with such a limited playbook.

This season isn’t a beauty contest. ... It’s about fighting and scratching and clawing and all the other blood-stained clichés. It's about survival.

I propose the 2003 squad be dubbed The Scoring Implosion.

Game ball goes to Tony’s kid, as if that’s a big shock to anyone anywhere on Planet Earth.

Chalk up the victory for Nebraska, but the real story is the Huskers’ inability to cash in on scoring opportunities.

Nebraska can pound out field goals like inmates stamp out license plates. But neither is a way to make a living.

Don’t be fooled by the final score. This was a thorough beating.

Why the struggles? Why do teams no longer fear Penn State’s defense?