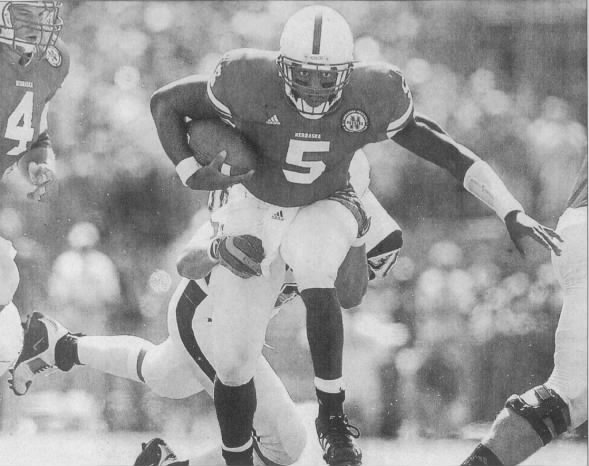 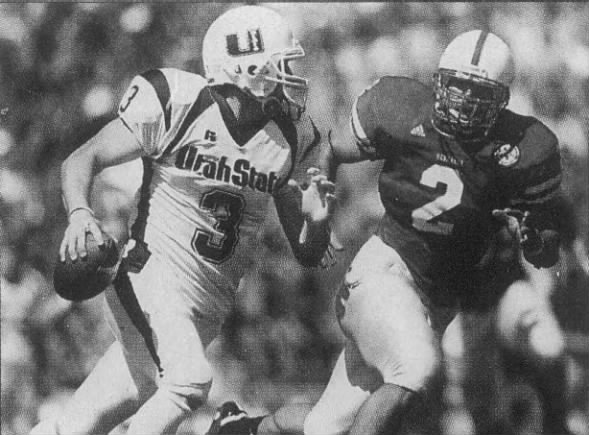 Williams’ three sacks tied the linebacker school record and was the first time any Husker had three sacks in a game since Steve Warren had three against Texas A&M in 1999.

The Huskers allowed 145 yards in the first quarter, but Williams and the rest of the Blackshirts gave up just 43 more yards prior to the Aggies’ final drive late in the fourth quarter. Utah State finished with just 238 total yards.

The Huskers also received a strong performance by freshman David Dyches, who booted field goals of 23, 29, 20 and 26 yards in his debut. It was just the fourth time in school history a Husker kicked four or more field goals in a game.

NU quarterback Jammal Lord completed 8 of 12 passes for 85 yards, while Joe Dailey, who was making his first appearance, connected on 4 of 5 passes for 47 yards in limited duty. 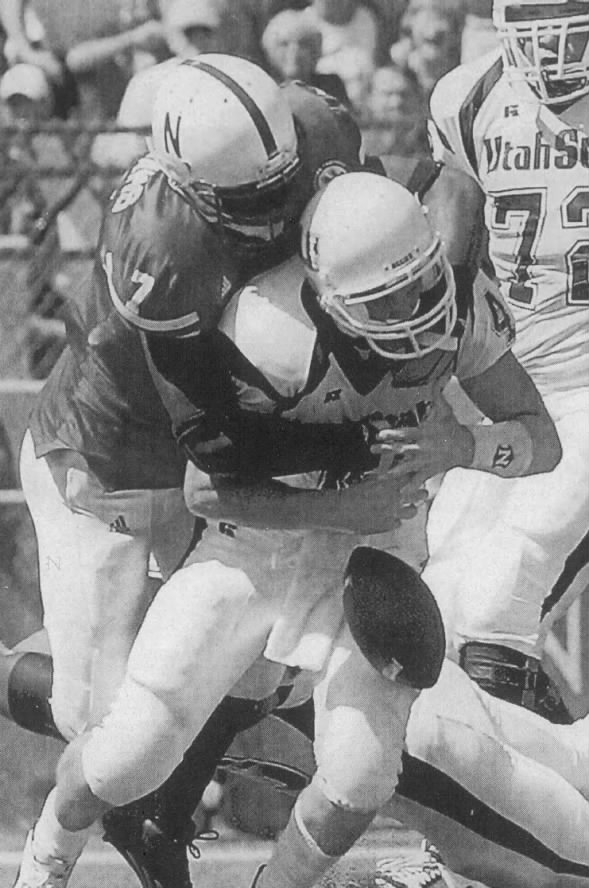 We have difference makers on defense in Williams and in the headphones.

There’s some real hope here. Why? Start with D, as in Demorrio Williams.

The Husker defense came slam-banging to the rescue in the person of linebacker Demorrio Williams.

If Dailey could have heard some of the comments directed at Lord, I’m not sure he'd want to be the starting quarterback.

For the second straight week, the Huskers’ weakside linebacker proved too much for an offensive tackle to handle when Pelini moved him to the outside of the line.

Something tells me that finishing what one starts will be a well-rehearsed theme at Cornhusker practices this week.

Dailey’s day will come, but it isn’t right now.