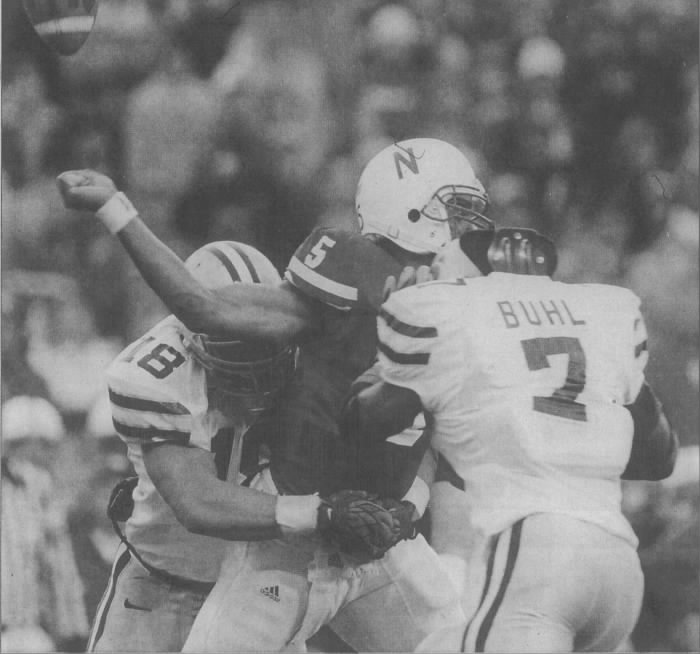 Wildcats blow past Huskers in second half

Roberson guided KSU to scores on four of its five second-half possessions, helping the Wildcats win in Lincoln for the first time since 1968.

The Huskers, who fell to 8-3 overall and 4-3 in the conference with the loss, received solid rushing performances from I-back Cory Ross and quarterback Jammal Lord, who both rushed for nearly 100 yards.

On Nebraska’s first possession of the second half, Bryan Hickson’s sack and strip of Lord gave KSU possession at the NU 23-yard line. Roberson broke the deadlock four plays later on an 11-yard touchdown run. That gave the Wildcats the lead for good before KSU added three fourth-quarter touchdowns, including scoring tosses of 63 and 37 yards from Roberson to James Terry.

It was Nebraska’s most lopsided defeat at home since Missouri beat Nebraska 31-0 in Lincoln in 1958.

They had a better team with more talent. But the most glaring difference in the game was that their senior QB executed and ours didn’t.

It is sad what is happening to a proud program and its beleaguered head coach, who has given a lifetime to Husker football but who appears to be capable of giving no more.

It looked eerily similar to when the Huskers gave up 482 yards at Texas or 452 at Missouri earlier this season.

Husker fans lecturing others about running up the score is like Gordon Gekko complaining about double-dealing in the stock market.