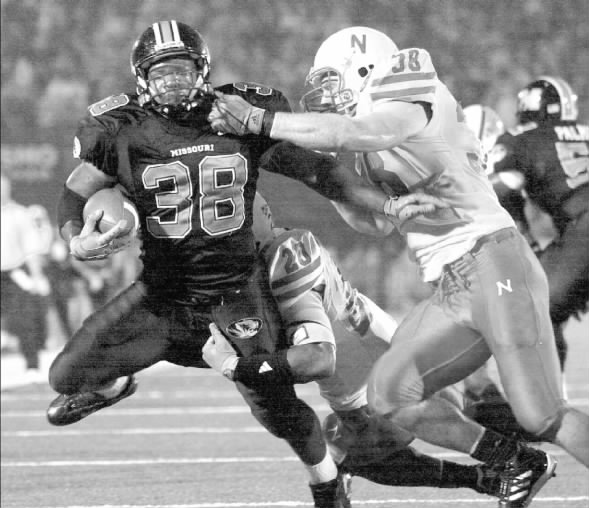 Missouri’s Zack Abron scores on a six-yard run in the first quarter despite the efforts of Barrett Ruud, right, and Josh Bullocks. · The Daily Oklahoman · Newspapers.com

Missouri ended 24 years of frustration, taking advantage of five Husker turnovers and erasing a 10-point fourth-quarter deficit to secure a 41-24 victory over Nebraska.

Missouri, which defeated Nebraska for the first time since 1978, scored 27 fourth-quarter points, including three scoring runs by Brad Smith, to overcome a 24-14 deficit.

Trailing 24-21, Missouri converted the Huskers’ fourth turnover of the game, a fumble by Jammal Lord, into the go-ahead score. The Tigers executed a fake field goal on Santino Ricco’s 15-yard touchdown pass to Victor Sesay with 11:41 remaining. In all, the Tigers converted Nebraska’s season-high five miscues into 21 points.

Smith accounted for over 300 yards of offense and four touchdowns against the nation’s top-ranked defense, scoring on runs of 39, 1 and 9 yards and catching a 47-yard touchdown pass from Darius Outlaw.

The loss overshadowed strong offensive performances by Lord and I-back David Horne. Lord completed 12 of 18 passes for 146 yards and rushed for 111 yards. Horne came off the bench to rush for a season-high 119 yards on 26 carries. 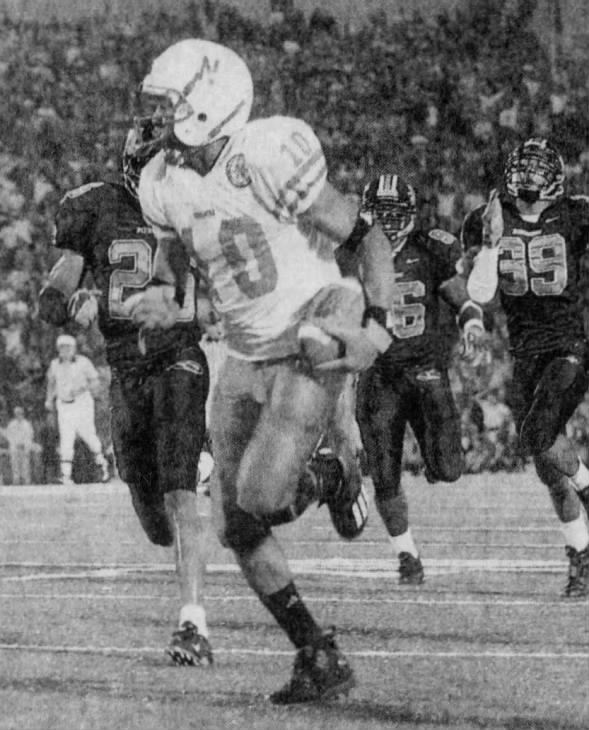 This was ’02 all over again — mistakes and falling apart with the game on the line.

For once, the Blackshirts, the vaunted No. 1 defense in the land, couldn’t make the stops. For once, Pelini was out of answers.

In some ways, the mistakes Saturday night were worse than anything we saw from this team last year.

Hope you enjoyed it, Missouri fans. Let’s do it again sometime before 2028.